Now that we have finished introducing everyone, let's begin our first history lesson for today: the pre-Retro story of founder Jeff Spangenberg.

Whether or not you agree with his inspirations in the voluptuous, Jeff Spangenberg is a man whose name and aura have made an unforgettable impact on the industry over the past decade. Like many visionaries, Spangenberg disregarded a college education in favor of using his incredible motivation to navigate and teach himself the intricacies of programming and the computer programming industry.

By 1991, Spangenberg's name was officially put on the map when he founded his own game studio. The studio, Iguana Entertainment, was located in Santa Clara, California. Spangenberg gathered around 20 of his most capable friends and acquaintances and quickly got down to work.

Iguana development support manager, Jay Moon, described Iguana's formation during an interview with IGN in 1998, "...we were at another development company at the time, and we were breaking away to form Iguana but we didn't have a name. Jeff had iguanas in his office; he would put them on his dashboard and take them up to Tahoe. He had 'Killer' and 'Spike,' these two big iguanas that were always walking around the office. And since we didn't have a name for the company we finally named it 'Iguana.' They were kind of like our mascots. We could have been named 'Killer' and 'Spike' [laughs]."

Spangenberg soon realized that his small studio needed to move to a location that would better promote its growth -- a place that offered both the technology and people needed to make the kind of games he envisioned. In May 1993, Iguana employees toured the bustling Sixth Street entertainment district of Austin, Texas. After returning to Santa Clara, the decision was almost unanimously decided to set up shop in Austin. The move was made smoothly and Austin has been Jeff's home ever since.

Iguana quickly put its name on the map with titles such as Aero the Acro-Bat, and its sequel, for the Super Nintendo and Sega Genesis. Using the money from the sales of these titles, Iguana quickly expanded, and in 1993 Spangenberg bought Optima Software (located in the United Kingdom) and transformed it into Iguana UK. In 1994, with the release and subsequent success of NBA Jam as well as the beginnings of development for next-generation consoles, Spangenberg caught the interest of Acclaim Entertainment who offered to hire Jeff and purchase Iguana. He quickly agreed and Iguana officially became a part of Acclaim on January 1, 1995.

With the impending release of the Nintendo 64, Nintendo's next-generation 3D console, Iguana began work on several titles. The first was a first-person shooter based on a comic book entitled Turok: Dinosaur Hunter. Nintendo of America began working closely with Acclaim and Iguana after seeing the technology in Turok and the talent of the studio. Thanks to Iguana's impressive progress with Turok, Acclaim became one of the first publishers named into Nintendo's "Dream Team" -- partners who would develop exclusive content for the Nintendo 64 and receive Nintendo's technical and game support in return. Throughout the game's development, Spangenberg and Acclaim built a healthy relationship with Nintendo.

Turok: Dinosaur Hunter was released in 1996 and became an undeniable hit for Iguana. The expensive transition from the 16-bit (2D) generation to the 32- and 64-bit (3D) generation had taken a toll on Acclaim. Luckily, Turok and subsequent titles from Iguana were able to revitalize and pull Acclaim out of the hole it consistently found itself digging.

Iguana went on to develop several other blockbusters for the Nintendo 64 including NFL Quarterback Club and All-Star Baseball. During the years that followed, Spangenberg was able to quickly move up the ranks within Acclaim. He was eventually promoted to an executive position, which allowed him to oversee all of Acclaim's software studios. Things seemed almost too good to be true, until the summer of 1998 that is.

Jeff believed that Acclaim was attempting to cut management and costs by eliminating himself and any future obligations to him. "Acclaim had also been on a mission to cut entrepreneurial managers in their acquired units and replace them with more corporate types," he claimed.

In his suit, Spangenberg said CEO Gregory Fischbach urged Spangenberg to buy $25,000 worth of Acclaim stock but then abruptly fired him in July, which resulted in his loss of stock options. According to the Austin Business Journal, Spangenberg had mentioned plans of creating another computer game company once his contract with Acclaim expired in 1999. Apparently he had mentioned this to Fischbach in a conversation prior to his dismissal from the company.

"We believe that his allegations are utterly without merit," replied Acclaim attorney Dewey Poteet in a news release shortly after the suit was filed. Acclaim cited issues such as his supervisory techniques, delegated functions, and apparent failures to contribute to group meetings as reasons for his dismissal from the company. However, Jeff stated in his suit that no one mentioned any shortcomings in his job performance before he was fired.

Jeff's attorneys said that he had no opportunity to use the "Cure Clause" that is specifically listed in his contract. "In his contract, there was a provision that if either party was in breach, they would demand the other side cure -- or fix -- it within 30 days, before either side could call the contract off," his attorney told the Austin Business Journal. "We're saying that he was not given any effective or fair chance to cure, because they [Acclaim] did not sufficiently notify him what he was to do to cure."

The suit also brought up allegations that Gregory Fischbach pressured Jeff to speed up production to cut costs of game development at Iguana. Spangenberg "pled with Fischbach not to send out another game with flaws and bugs due to insufficient development and testing," according to the 18-page suit. It alleged that: "unfazed, Fischbach was unrelenting in his demands for a product release -- with or without bugs -- in an apparent effort to post short-term profits."


Although the final settlement is not known, Spangenberg emerged from the conflict as a stronger and more determined man. On October 1, 1998, Jeff announced that he had formed a new company right out of his very own home. Much like Iguana, the company was a video game development studio. Naming the fledgling company Retro Studios Inc., Spangenberg wasted no time getting to work. His motivation was likely fueled by a desire to prove, to himself and others, that the success of Iguana was not just a fluke -- that he could recreate that magic again.

The first thing on Jeff's agenda was to find a new location for the studio. He quickly found an office in Austin, Texas, with the help of the John Hanly & Associates real estate firm. Once situated, he promptly gathered roughly 25 employees for his new company, several of whom had previously worked at Iguana, and began development on several projects. Things seemed to be moving swiftly. Spangenberg then made a very bold move and pitched an idea to his friends at Nintendo of America (NOA). His plan was to make Retro an affiliated studio of Nintendo. He soon convinced the higher-ups at NOA, including then NOA chairman Howard Lincoln, to fund the studio. 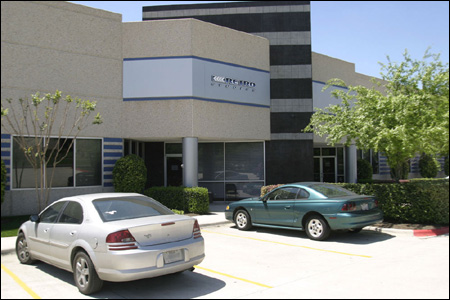 Nintendo found his proposition fairly appealing. After all, the company was again on the verge of launching a new home console. Nintendo hoped that with Jeff's experience and leadership, Retro Studios would be able to provide Nintendo's new console with games targeted at an older demographic, much like Jeff did with Turok: Dinosaur Hunter during the introduction of the Nintendo 64. Soon after, Nintendo funded the creation of a state-of-the-art facility for Retro Studios, containing Austin's first local motion-capture equipment -- at an estimated cost of over a half million dollars -- and an in-house recording studio. Nintendo's investment in Retro was profound, but Spangenberg was just getting started.

When Jeff set out to create a new development house, he took careful time to seek out the best talent the video game industry had to offer. Instead of sitting idle and waiting for talent to come and find him, he went out of his way to seek it out and bring those individuals to Retro. Nintendo exercised little to no control over Retro's hiring process at this time. It wouldn't be until 2001, when Nintendo purchased the studio from Spangenberg, that the Big N would begin to push its weight around.

James Dargie, a former Retro Studios designer, recalls that the company was heavily scouting for as much experienced talent as it could find. "...I was lucky enough to get thrown into the ring," he explains. "The hiring process for me was pretty easy going. I was working on Final Fantasy: The Spirits Within at the time I was recruited to go to Retro. I wasn't really looking to leave Hawaii or Square prematurely, but it was getting time to test the waters. After my flight to Retro Studios it was a difficult proposition to refuse. The assembled team was and is one of the best art and programming teams in the industry. From concept art to animation, those folks had it collectively together. My interview was more or less a formality, to see if I would fit in personality-wise with the art staff. Luckily for me I did and I started a few months later. I tried to stay with Square as long as I could, but the productions at Retro were ramping up fast."

Although it was certainly a wise move for Retro to gather-up some of the gaming industry's top talent, at times, this practice came at a high price. Former Retro employee, Jason Hughes explains. "As far as the hiring process goes, it evolved. Being one of the early employees at the studio, I was involved in most of the early technical hiring. We brought on board a lot of talented, high-powered programmers with outstanding skills and backgrounds. At that time, Retro was building a reputation for being a powerhouse and paying well for talent, so they drew resumes from all over the globe. After a number of the management positions were filled, the hiring process took on the flavors of the respective directors and leads."

Jason continues, "I'm told that artists had a particularly challenging time getting hired, though I distinctly recall a three-month period of desperate need where no programmers were hired because the Technical Director had such high expectations. The bar for hiring had risen so high that it even began to affect schedules."

It is likely that many of the rumors, which flooded the Internet several years ago, about "trouble at Retro Studios" may have stemmed from this very problem. If the bar for hiring was so high that it began affecting schedules, then it is safe to assume that many employees were placed under great pressure to complete tasks quickly and efficiently. The phrase "understaffed and overworked" effectively sums up the situation Retro employees were in.