On May 15, 2003, at the Electronic Entertainment Expo (E3), Nintendo announced a surprising and very unexpected agreement with an Orlando-based development house named n-Space, Inc. Their goal was to develop and publish a brand-new and innovative first-person shooter exclusively for the Nintendo GameCube. That game is Geist.

Geist has garnered much attention with its unique take on the first-person shooter genre. In the game, players take control of a ghost who must 'possess' other characters and objects, taking advantage of their physical and mental abilities, in order to complete the tasks and challenges in each level. Overall, the title is a very intriguing and original concept, which clearly demonstrates Nintendos goal to create inventive games that instantly place gamers into the action and get them excited about playing.

This past Thanksgiving, I was very fortunate to be invited down to Orlando, Florida on behalf of the N-Sider staff to tour n-Spaces development studio and speak with founder and President Erick S. Dyke and Geist producer Ted Newman. While it would have been nice to visit n-Space simply to test-drive the latest build of Geist and uncover this phantom titles tantalizing secrets, N-Sider instead decided to focus more intensively on n-Space the company. Our goal was to give readers and future owners of Geist a better idea of the background and dedication put forth by this amazing team who hopes to deliver what could be one of the few remaining great titles for the GameCube in its final year and a half before the Revolutions 2006 introduction. Before I get into the history of n-Space, let me first take a few moments to reflect on the visit itself. 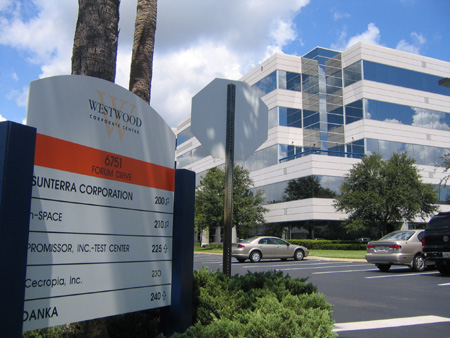 When I arrived at n-Space HQ, I found myself in a rather large office complex that houses a number of different companies. Far off in the corner, n-Space is situated in a modest 4000 sq. foot office space that houses a staff of 45. The front door is protected by a secure electronic lock that can only be opened by keycard or from the inside. After buzzing the doorbell, I was led inside the main lobby, which features posters and cardboard displays of past n-Space titles, including a massive cardboard display from the first Rugrats movie that was used in several major movie theaters.

After a short wait, founder and n-Space President Erick S. Dyke greeted me and led me to his office. Since I was about 15 minutes early, Mr. Dyke needed a few moments to finish up some things he had been working on prior to my arrival. While I waited, Geist producer Ted Newman kept me company and explained what they had been working on that morning. Interestingly enough, I was using my brand new Special U2 Edition iPod to record our conversation when Erick and Ted revealed that they were both big U2 fans. In fact, Ericks desk was literally littered with U2 CDs.

After concluding our interview session, Ted and Erick took me for a tour of the office building. Along the tour, I had the great fortune to see a Nintendo DS development kit. The kit is basically just a small blue rectangular box, no larger than a GameCube controller, with a DS unit plugged into it. I also come across several employees testing the multiplayer of Giest, which looks to play very similarly to GoldenEye 007 on the N64. After the quick tour, Ted, Erick, and I went out to lunch at the nearby Johnny Rockets caf. 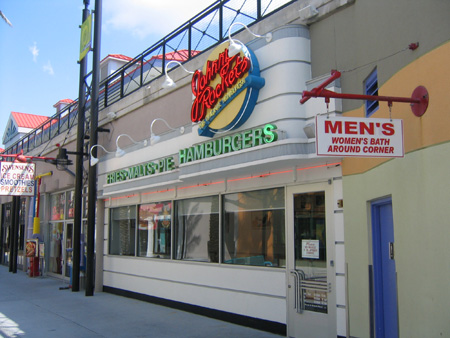 I would like to thank Erick and Ted for a great time and the n-Space staff for giving N-Sider the privilege to come down to Orlando and visit. Now sit back, relax, and lets get this history lesson going.

The History of n-Space

n-Spaces beginnings can be traced back much further than its founding in 1994. Surprisingly, Erick S. Dyke dreamed of owning his own video game company all the way back in the fifth grade. I was like a little kid in fifth grade and I wanted to do video games from doing work on TRC to using Intellipipes, and all that stuff. My parents were reminding me this morning of this Commodore pet they bought me, recalls Mr. Dyke. I wanted to do games. Then I went to college and reality set in.

Upon completing school at Michigan Tech, Erick landed himself a job at General Electric Aerospace (GE Aerospace) in Daytona Beach, Florida. Once there, he promptly began work helping to create advanced military simulators for the United States government to help train the next generation of soldiers for the 21st century. I was going to be happy doing military simulations at GE Aerospace. Then they got the contract with Sega and I got on that project, explains Erick. I was able to get into the blood again, had a window of opportunity, and here we are.

During the early 1990s, these advanced computer-imaging systems were extremely expensive and basically limited entirely to Defense Department contracts. In 1991, GE Aerospace began to explore the possibility of retooling their space age 3D graphics technology for commercial applications. This very same technology can trace its roots directly to the first Visual Docking Simulator used for the Apollo lunar landings in the late 1960s and early 1970s. At the same time, Sega Enterprises Limited was actively researching new ways to push its arcade hardware to produce much more photo realistic graphics. This led to a contract between the two companies that would ultimately result in the development of the now famous Model 2 arcade board and its flagship title, Desert Tank. They were working on a project with Sega doing the Model 2 arcade chip and making a game for Sega called Desert Tank, tells Geist producer, Ted Newman. All three of them (Erick Dyke, Dan O'Leary, and Sean Purcell) spent two months in Japan working at Sega trying to get Desert Tank done on time. They actually worked right under Yu Suzuki.

Near the end of 1990, we asked our demo group to model the Daytona International Speedway(r), which was conveniently located across the street from our facility, recounts Jon Lenyo of Real3D to Omid Rahmat of Toms Hardware Guide. To that geometrically correct model, we added a couple of Formula One race cars with reasonably good vehicle dynamics that you could drive. Jon Lenyo continues, This whole thing ran in real-time, at 60 frames per second, with about 6,000 polygons per frame, on 1M pixel displays, on a Compu-Scene PT2000 image generator which sold for about $1.5M. We made a cool looking videotape with music and sound effects and hit the road.

Once Sega representatives sat down and watched the Daytona Raceway demo, the two companies immediately began working together to usher in a new age of graphics for the arcade market. In 1990, virtually all arcade hardware could do was render two-dimensional (2D) images known as sprites. With the introduction of the Model 2 chipset, games were finally able to make the revolutionary leap to the third-dimension.

As mentioned above, Desert Tank was the first title designed to take advantage of this new cooperative relationship. Released in late 1994, the game pits players against a menacing computer fixated on taking over the world. As a tank commander in an army sent to counter this threat, you travel through numerous levels, including deserts and canyons, to achieve your objective. What made Desert Tank undeniably cool at the time of its release was the ability to freely roam about the playing field; a rarity for a game at the time. The title was an instant hit!

Roughly a year prior to Desert Tanks release, General Electric sold off its aerospace division to, then competitor, Martin Marietta to the pleasant tune of $3 billion. In the subsequent years following Desert Tanks release, Martin Marietta and Lockheed began intense negotiations, which ultimately led to the merging of the two munitions giants in 1995 to form the now well-known Lockheed Martin Corporation, the worlds largest weapons manufacturer. Following the merger, Lockheed Martin decided to maximize the civilian use of their cutting-edge graphics technology by setting up Real3D, Inc. Lockheed Martin and Intel jointly owned this new corporation, with Lockheed being the majority investor, owning roughly 80 percent of the company.

During Real3Ds brief lifetime, the company was able to release one more arcade title for Sega based on the Model 2C arcade board in 1997, titled Behind Enemy Lines. Compared to Desert Tank, Behind Enemy Lines ran at 60Hz (Desert Tank ran at 30Hz) and pushed roughly 330,000 polygons per second -- nearly fifty-five times as many polygons as the Daytona Raceway demo they had done just seven years earlier!