The Art of Prime

November 18, 2002 marked the end to over eight long years of waiting. For it was the day that Nintendo finally released the first 3D iteration of the Metroid series: Metroid Prime. Not since the SNES debut of Super Metroid, in 1994, had fans laid their eyes on a fresh Samus Aran. But was it worth the wait? Did the game do justice to the series' legacy? You bet it did. Retro Studios, developer with no prior experience, three failed projects, and a turbulent beginning, was able to create one of the most polished and critically acclaimed titles of this or any console generation. This accomplishment is nothing short of astonishing. It is on the team at Retro that our eye is fixed today.

The release of Metroid Prime brought much praise to Retro Studios. Fans of the series and critics alike have hailed the game as one of the most immersive and intriguing titles in years. Yet, for all its glory and praise, very little is known about the team at Retro. What goes into designing and creating an enemy boss like the Parasite Queen? What techniques do the artists behind Prime use to create such a seamless world? Who is responsible for the environment design in the game? These are but a few of the questions that have lingered on. That is, until now. The veil of silence has been lifted and for the first time we share with you the Art of Prime.

When N-Sider set out to discover the Art of Prime a few months ago, we quickly realized that we would have to infiltrate the ranks of Retro Studios to deliver on our promise. With that in mind, we set forth on the public relations journey of a lifetime. After many weeks worth of searching for current and former Retro personnel willing and able to contribute to this article, we finally tracked down and chatted with the following people. 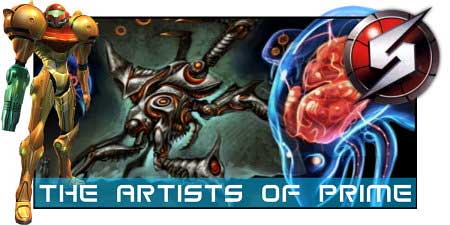 Gene Kohler was one of several character modelers on Metroid Prime. Among his roster of creations that he modeled and skinned are Samus' suits; the Morph Balls, Trooper Pirates, Flying Space Pirates, the Fusion Suit Easter Egg, and the skinning of Samus' weapons and ship.

Before his work on Metroid Prime, Gene worked on Retro's now canceled title Raven Blade for around six months. Mirroring his future position on the Metroid Prime team, Gene headed up the modeling and skinning of many of the title's characters. "It was a fantastic project to work on given that I favor working in the fantasy genre," said Gene. 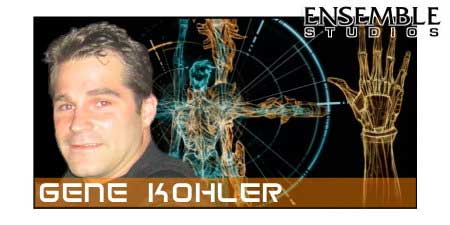 However, his future with Retro was anything but a fantasy. Shortly after the completion of Metroid Prime, Gene Kohler left Retro Studios for, the Seattle-based, Microsoft Game Studios. There he worked on the massively multiplayer online role-playing game (commonly referred to as an MMORPG) Mythica for the PC. Again echoing his former positions at Retro, Gene was deeply involved in the creation of character models, assets, and textures for Mythica. Unfortunately, it wasn't meant to last.

Though the game showed much promise, in February 2004 Microsoft pulled the plug on Mythica in an effort to "stream-line its portfolio" and make fewer investments into an overly saturated MMORPG market. The cancellation meant the elimination of nearly 40 employees, including Gene. Not to be dismayed, he quickly found a position at Dallas-based developer Ensemble Studios, where he currently resides. Ensemble Studios is best known for its work on the Age of Empires series and other popular real-time strategy games. 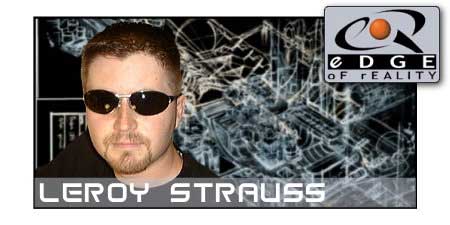 LeRoy Strauss was one of the environment modelers for Metroid Prime - referred to as a Senior Level Artist. Many of the areas that LeRoy created, including the Phendrana Shores, Phazon Mines Main Quarry, and Chozo Artifact Temple, rank as some of the most memorable and eloquent environments in the game.

"I started at Retro shortly after they got the Metroid license and were in early development of it. As for the other canceled projects I was not apart of [them]. It was very unfortunate that many talented people had to go because of those huge cancellations."- LeRoy Strauss, July 17, 2004

After Prime's completion, Mr. Strauss began work on its highly anticipated sequel, Metroid Prime 2: Echoes. With the new project came an entirely new position for LeRoy. For Echoes, his role changed from that of a Senior Level Artist to Senior Character Artist. Some of his creations on Echoes include the modeling and skinning of the new Samus model, Dark Samus, the Galactic Federation Troopers, and the Luminoths.

However, before Echoes' completion, LeRoy decided that it was time for a change of pace. Leaving his position at Retro Studios behind LeRoy Strauss found new meaning to his career at Austin-based developer Edge of Reality, where he remains to this day. LeRoy is currently slaving away on a number of game projects for Edge of Reality. 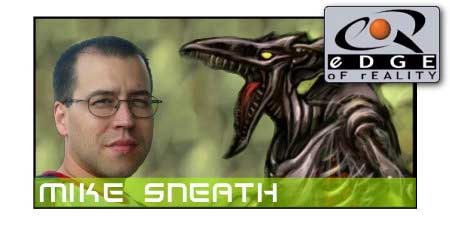 Mike Sneath was one of three Senior Character Artists for Metroid Prime. He was responsible for creating many of the enemies that inhabited the world of and above Tallon IV including every boss in the game. That means he was the modeler responsible for the Parasite Queen, Flaaghra, Thardus, Prime, and the notorious Meta Ridley.

Before development on Metroid, Mike was involved in another of Retro's mysterious fledgling projects. When asked about the title, he remained tastefully vague.

"To my knowledge very little is known about the title Retro was working on before Metroid, so it is best I not say anything specific about that title. Basically, I was not working on Thunder Rally, Football or Raven Blade."- Mike Sneath, July 26, 2004

It is unclear at the moment exactly what Mike was getting at; however, one could speculate that he could be referring to the third-person adventure game that later evolved into Metroid Prime. Though little is known about the title, it was the fire-starter that made Nintendo take notice and entrust Retro to the extraordinarily difficult task of bringing the two-dimensional world of Metroid into the third dimension. Or he could be referring to a different title all together; it's difficult to say.

After Metroid Prime was completed, Mike also left Retro Studios and made his way to Edge of Reality with LeRoy Strauss. "I was already the senior character modeler and texture artist and we were still doing another Metroid, so there was no room to grow in my career at Retro," explains Mike. "Overall I left to pursue new opportunities and work in a less stressful work environment. Edge of Reality had that for me at the time and still does today." 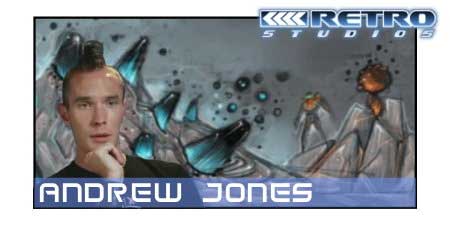 Andrew Jones was regrettably unavailable for comment for this article; however, thanks to the help of numerous credited and anonymous sources, N-Sider was able to successfully gather detailed information on Mr. Jones' contributions to Metroid Prime.

Andrew is the Lead Concept Artist at Retro Studios on the Metroid series. He has been responsible for the design of nearly every creature and character in Metroid Prime and Metroid Prime 2: Echoes. His works included the design of the Space Pirates, Samus, the Chozo, the bosses, and all the enemies. LeRoy Strauss commented on his website stating that, "I really like the design [of the Luminoths], which was done by Andrew Jones. He designs such cool characters for me to model and texture."

Prior to joining Retro, Andrew worked at Black Isle Studios, where he is credited as an artist on Icewind Dale: Heart of Winter. He has gathered his amazing artistic talents over the years from a diverse array of experiences. Everything from traveling across Europe and drawing the world around him, to working at Industrial Light and Magic (ILM) with mentor Ian Mckaig have proven invaluable experiences for Andrew. Andrew Jones is currently employed at Retro Studios.

Now that we have all the introductions and formalities out of the way, let us dive head first into the heart of this article and talk about "The Art of Prime."