View in legacy (desktop) mode
Let's play a little game of "spot the differences." Today's challenge: find the differences between the Japanese and North American box art for Kirby Squeak Squad. And no, sorry, the presence or absence of crazy moon language does not count. 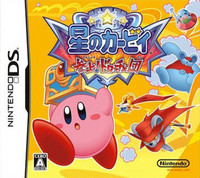 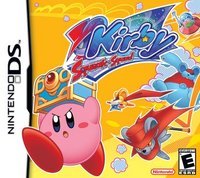 Well, let's see. The box arts are mostly similar; the logos are necessarily different to accommodate the North American "Kirby" branding and different lettering... oh, here we go, Kirby's foot is over the "Nintendo DS" spine labelling. That's it, right?

Well, I couldn't make much of an editorial out of that. No, there's actually one other thing, if you look closely. In the North American box art, Kirby (for all intents and purposes a lovable pink puffball, even in the light of his well-known eating disorder) is pissed.

This is by no means an isolated occurrence. Kirby's been sporting his angry eyebrows for a while now, from Kirby's Adventure remake Nightmare in Dream Land to GameCube racer Kirby Air Ride and even via creative recoloring in Kirby and the Amazing Mirror. Even when deprived of his limbs in Kirby: Canvas Curse (arguably a good reason to be mad at the world), Kirby manages to lose his happy demeanor on the way from Japan to America. 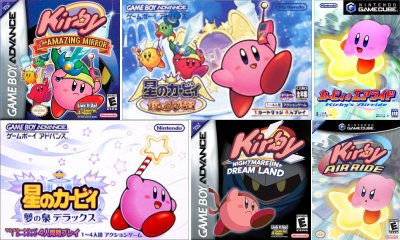 Of course, it's just box art, right? Once I put it on my shelf, I'll never look at it again. It's a good point that I readily concede: Kirby's attitude doesn't really affect me all that much. What troubles me a little more is that the attitude beneath the change: if it's for America, it'd better be... edgy. Never mind that the game itself inside the box is largely unmodified; to reach American audiences, you'd best put your angry face forward.

I suppose I have to admit that at some time, it may have even been the case that this change made sense, at least on the surface. Nintendo has for some time been struggling with the whole "kiddy" image thing, and nowhere has that struggle been more pronounced than on this continent. I don't think that's a problem today, however. Today's crowd that this sort of thing is meant to speak to has already left. They aren't going to be fooled by angry eyebrows drawn onto Kirby; they've already skipped town based on the fact that Kirby is at all present. However, they may still be fooling someone—someone entirely different.

Nintendo as a worldwide company continues to tout their market expansion strategy, and if the anecdotes surrounding Wii's success can at all be believed, they're seeing at least limited success in the States. And yet, their success is dwarfed by that in Japan, and to a lesser extent, Europe. I believe this is in part because Nintendo of America is still selling to the crowd that Kirby's angry eyebrows were originally drawn for, and in doing so managing to actually exclude portions of their market.

If the savvy gamer audience Nintendo once had wants to try a new Kirby game, they'll get it even if it's wrapped in a brown paper bag; they'll already know about it. The primary purpose of box art is to appeal to someone who doesn't know about the game—folks who are "judging a book by its cover," if you will. If Kirby's angry eyebrows are giving them the wrong impression (or worse, being on a cute pink blob, giving them mixed impressions), what could possibly possess them to pick the title up in the first place?

It seems to me that the right way forward is to let the game's true nature shine through. Considerations must of course be made for some market differences (such as the iconic status of a character in one territory but not another), but trying to recast a title in a completely different light than the actual game brings itself strikes me as foolhardy. Please, Nintendo... let Kirby be happy. Or maybe, could we settle for... hungry? 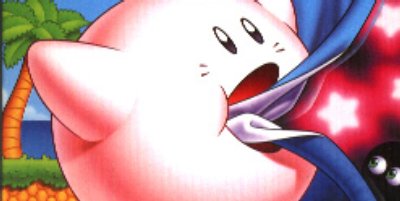