View in legacy (desktop) mode
Today's the day I get to reveal one of the worst-kept secrets from GDC 2010: NBA Jam is getting the remake treatment and it's coming to the Wii. EA Sports held (for the first time ever during GDC) their "Season Opener" event complete with pie charts and bar graphs, statistics, speeches, wine, and cheese. 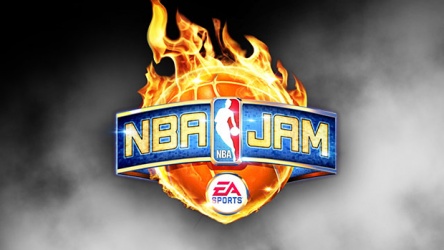 Tucked in the back of the bar, named "The Press Club," a familiar logo was visible through some frosted glass windows. As the presentations finished, everyone in attendance was told to check out what EA had to offer, and away we went to get our names on the session list to try out the newest incarnation of NBA Jam.

Since the embargo on all impressions and information regarding the game lifted today, I'm sure you'll be able to find plenty of in-depth opinion about the game. As for me, I'm going to give you the three most important items first: 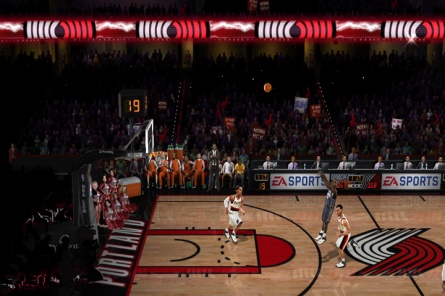 NBA Jam is being developed by EA Sports Vancouver. While the entirety of the development team had nothing to do with the original titles, it was said that series creator and original programmer & designer Mark Turmell is consulted on a weekly basis in order to keep the game true to the original's spirit and gameplay.

I won't pick apart the wackiness aspect, because that's to be largely expected; but where this game shines is the player animations. If you've ever seen an episode of South Park, you'll have no problem visualizing the style they've chosen for this game. From the extreme half-court dunks, the wild running back and forth, to the incredible and entirely unreal alley-oops, the animation style is very reminiscent of South Park's portrayal of Canadians.

The characters themselves are of interest too, as they've departed from the normal conventions of how a basketball title achieves player likenesses. In order to convey the wackiness and animated style of the players, they've decided to go with fully 3D bodies, with 2D heads. This allows them to do pretty much anything to the players without having to sacrifice the creative styling of the NBA Jam series. The 2D heads are actual stock player photos from Getty Images, taken from in-game professional photography in order to give a realistic feel to the player portraits, using six angles of the player's head and a number of expressions ranging from celebration to pain. 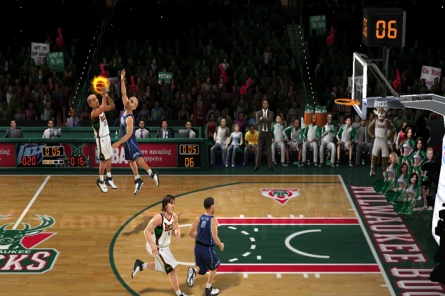 I have very peculiar tastes when it comes to genre sports games, which usually limit my view to hockey and more hockey. Just like racing titles, I can stand only a few games (Burnout series) that make the simulation fun and not a chore, and basketball is no different. This NBA Jam looks like it will be one of the fun ones. It looks gorgeous, it's one of the best looking sports titles I've seen to date on the system, and its a welcome return to a great franchise that hasn't seen the light of day in seven years. I can't speak for the finished product, but from what I played and saw, it's definitely on the right track.
view full archive