We take for granted sometimes, those who make the games we so dearly love. HAL Research Institute, or as we've come to know it in America, HAL Laboratory, Inc. is one such company whose legacy of video games - from Kirby to Super Smash Bros. - has molded entire new genres of games and magnitudes of gameplay. 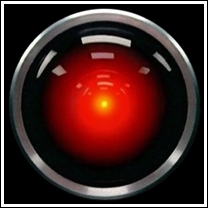 The origin of the company's name is the human-like computer named HAL 9000 who was a major character in the acclaimed 1968 Stanley Kubrick directed film "2001: A Space Odyssey". An odd choice, perhaps, but the computer had an obvious appeal. The film featured an underlying theme of "dehumanization by technology" -- in the movie, the computer HAL displayed more warmth and personality than the human astronauts it was serving. Although it is unknown why this particular name was chosen for the company, it's speculated to mean that HAL Laboratory and its employees are the warmth and personality who drive the video game industry. And more specifically, it's their creations -- HAL's games and technology -- that emit those admirable qualities. It's almost impossible to argue with that notion after having experienced such an enduring masterpiece as Super Smash Bros..

HAL has always held the mantra of "complete your work to the fullest". This is a strong similarity to Nintendo's own values. For employees, living the life of both a game maker and a game player is the magical key to becoming a valuable part of the company. HAL's employees are encouraged to play games together to fashion a sense of unity between the staff and to also create admiration for their own work.

Although the birth of HAL is sketchy and filled with holes, it has been said that in February of 1980 the manager of the computer department at Ikebukuro Seibu Department Store originally founded HAL Laboratory together with a group of young men who frequented his store and shared his passion for computers. Ikebukuro was the first retailer to have a department entirely dedicated to personal computers. Among the young group of men were current HAL president Masahito Tanimura and current Nintendo Co. Ltd. president Satoru Iwata.

"We became friends, formed a club, and soon rented an apartment in the Akihabara district of Tokyo where we began designing our own games," recalls Satoru Iwata. "We worked until midnight or later every night, and that group of friends is what became the company known as HAL today." 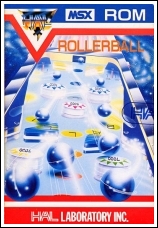 The two ambitious entrepreneurs, Tanimura and Iwata, were still attending college at the time. "I don't really remember how, but I managed to keep up with my class work and graduated from the institute," says Iwata. "When it came time to take a job, I had the distinction of joining the smallest company of any graduate in my class. I left to become only the fifth full-time employee of HAL." HAL began operations by developing software and various peripherals including a scanner and a GTX trackball for the MSX video system. This set them on their path within the realm of home console development and the company quickly grew thanks to the bright-minded youth behind the vision.

One of the first series of games created by HAL was called Eggerland. The first Eggerland was released on the MSX computer system in 1985 and is considered one of the best games ever available for the console.

Eggerland is part role-playing, part puzzle. You play as a cute cuddly character named Lolo. Lolo's girlfriend, appropriately named Lala, has been kidnapped. Lolo must go to her rescue but first he has to traverse the mazes of Edenerland. He has but only his egg-shooting mouth and your wit to clear more than 100 stages. Clear each stage by solving puzzles which are given one after another. Reach the final stage of glory and rescue Lala. 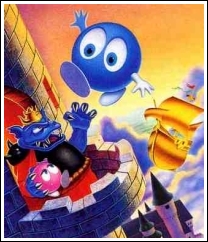 A sequel was eventually released for the MSX and with the debut of Nintendo's Famicom Disk System, HAL would continue the series again in 1987 with Eggerland Mystery. This was HAL's first contact with Nintendo and it would assuredly not be the company's last. A sequel later appeared on the Famicom called Eggerland Mystery Revival (or Eggerland Meikyuu no Fukkatsu). Eggerland was the predecessor of The Adventures of Lolo. The Adventures of Lolo was a moderately successful series of games for the Nintendo Entertainment System that spawned three titles in total. Eggerland/Adventures of Lolo is one of HAL's longest running series of games - from 1985 through 1994 - even longer than the puff-ball named Kirby we're all familiar with. In fact, Lolo's round egg nature was likely an inspiration for the design of Kirby who appeared directly after the last Lolo release.

A Day at HAL

HAL Labs begins its day at 10:00 AM. It's a short commute for most employees, ranging from 5 to 10 minutes. Many even walk to work.

After punching into the clock, the employees meet with their development teams and have a short meeting to discuss the plans for the day and answer any questions.

The employees soon return to their cubicles and go to their tasks of the day. A one hour lunch is granted in the afternoon. There's shopping and also a park nearby for employees to enjoy.

After a fulfilling lunch, employees return to their work. Whether it's debugging a game, texturing a game character, researching program information - everyone has their own job to attend to.

At 11:00 PM, the day concludes. After a productive day, everyone returns sleepily home.