View in legacy (desktop) mode
Nostalgic for the days when a few shades of green were all you needed and 4 AA batteries were enough to last you a really long time? Think a hunk of plastic the size of a VHS is pocket-sized? Remember seeing the Bread Boy in Nintendo Power and thinking it would be fun to bake one?

Revel in the curiosities of some bygone games, unearthed from the masses of drivel, spit-shined to an English gleam by devoted fan translators, and presented to the world! Games that will make you lean in close, squint at the screen, adjust the contrast dial and emit, as though a wolf-like shriek... 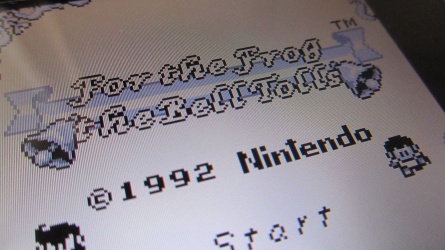 In 1992, MC Hammer was touring with Boyz II Men, Wayne's World and Home Alone 2 were lit up above the box office window, Miley Cyrus was being born, and Hurricane Andrew was kicking Florida's ass. Nintendo was stricken with a major conundrum of their own, which then-president Hiroshi Yamauchi presented to the R&D1 team, presumably while brandishing a switchblade in one hand, a copy of Smut Magazine in the other, and a hot bottle of sake in his third, forsaken demon hand: "What are we going to do to appeal to the market who seeks a handheld fantasy game filled with locations named after desserts, featuring princes who turn into frogs and snakes, bizarre characters with twisted senses of humor, some underage beatings of fairy tale characters, and a deranged inventor working for a parody of our company?"

Hot off the "success" of massively renowned world-wide WONDER HIT Balloon Kid for Game Boy, there was only one man who could logically answer the question: Yoshio Sakamoto, creator/designer of Metroid, at a time in his life before he became preoccupied with The Baby. His answer? "I'll do it, you crazy old asshole."

Cleverly, the name of the resulting game, "Kaeru no Tame ni Kane wa Naru (カエルの為に鐘は鳴る)," is actually a play on words with the Japanese title of Ernest Hemingway's famous novel "Taka Tame ni Kane wa Naru (誰がために鐘は鳴る)," known in its original language as "For Whom the Bell Tolls." That, somewhat humorously, considering the brutal subject matter of Hemingway's novel, makes the title of this game "For the Frog the Bell Tolls." This is an early hint at the absurdity to come. 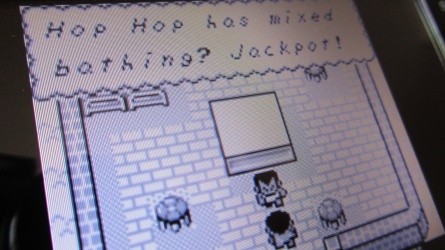 And absurd it is. The game opens with a bit of back story, after which your main character uses his massive wealth to buy a boat in search of the kidnapped Princess Tiramisu, is given some homemade wine by a young child, suffers through a sudden earthquake, is potentially beaten up by an evil tree, deals with a crazy old witch, is left to drown, and then transforms into a frog. Did I mention the senile old men who have been waiting underground for years, solely to give out items they store in treasure chests? This is to say nothing of the game's events after the first twenty minutes. It is bizarre and charming in the same way its spiritual successor, The Legend of Zelda: Link's Awakening, is—unhindered by the big-business regulations that define many modern games, Frog plays it fast and loose in a way we rarely see anymore.

Speaking of Link's Awakening, many people in "fan circles" know about For the Frog the Bell Tolls because of its seeming relation to the massively popular Game Boy Zelda game, which was released about nine months (The Baby) after Frog in Japan. Both games are also notable for hidden appearances of "Totaka's song," undoubtedly because Mr. Kazumi Totaka did in fact compose the music for both games. Though there are some interesting similarities between the two, most notably in Richard, a character from Frog, appearing in Link's Awakening and demanding five golden leaves while barking at you from his villa, surrounded by frogs that seem directly sprite-lifted from For the Frog the Bell Tolls, the games themselves are essentially separate creations with a notably similar look and feel. Both games, for instance, take place on a top-down overworld, both contain occasional side-scrolling platform segments, and both use a Start button inventory screen to equip a special item or view your current equipment. There is one significant difference, however.

Whereas Zelda puts an emphasis on using your items in real-time to attack and defend from enemies, Frog instead uses an interesting battle system that the manual refers to as "Auto Battle," which means that upon contact with a foe, an automatic scuffle begins. From the dust cloud, hearts tick off both your and the enemy's health meters, according to your stats and current equipment. You don't actually get stronger by fighting, though, which is where the Zeldaness comes in—attribute gains are triggered only by discovering items, some of which are necessary to progress past certain game-advancement enemy barriers (without a certain number of hearts or a particular new shield from the shop, for example, you'll always die by half a point against a certain enemy until you nab that upgrade). Unlike the player choice often offered by Zelda, this style of advancement almost makes it feel more like Metroid at times, where you need to acquire a particular item to move on, despite the illusion of freedom—hardly surprising considering the pedigree.

Actually, the sort of trial-and-error gameplay is kind of exciting since you can't ever really know the outcome of a battle against a new enemy until you challenge it, and the lack of any penalty for death encourages experimentation. The only thing that happens on being K.O.ed is that you are sent back to the hospital of the nearest town, with a need to fight a couple grunts or just cough up a few coins to regain your health. 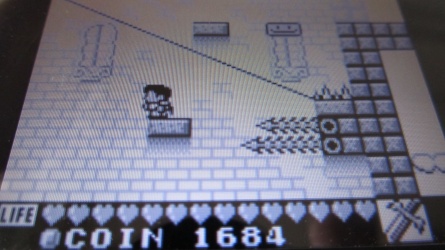 The side-scrolling sections, too, employ some Zelda-like characteristics. You're able to switch between a few different forms physically by use of consumable items. Each form grants you some different movement abilities, so where one form might let you leap really high, it will lower your attack power to nothing, where another form allows you to fit through smaller spaces but won't allow you to go through water. It introduces an entertaining though occasionally simplistic mechanic when it comes to navigating various areas.

The graphics are nicely illustrated by Tomoyoshi Yamane, who had just finished on Metroid II: Return of Samus and would go on as a part of R&D1 to work on Super Metroid later on. The action occasionally breaks for some full-screen illustrations, which carry that goofy early-90s Nintendo look—cute and cartoony, and just a shade Japanese.

Of course, the best part of this game is undoubtedly the offbeat story and dialogue, which absolutely reeks of polish!!!* The original scenario was written firmly tongue-in-cheek, and this feeling of self-awareness carries over nicely even with the English text's space limitations. Like a true adventure, the ending brings about some twists, turns, and surprises, and will leave you, like the enemies of Home Alone 2's Kevin McAllister, thirsty for more, only there is no more, so that is too bad. 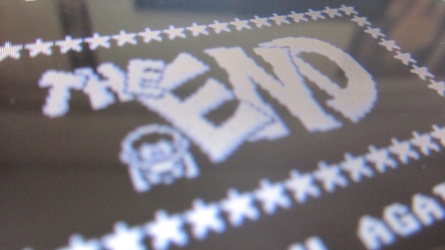 * This game was patched for English text in July 2011 by ryanbgstl, Eien Ni Hen, D. Monnens, and Brandon Daiker (that's me!), among others. You can read more about their work here. 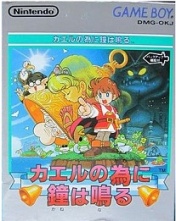 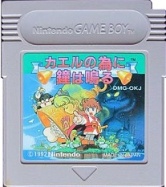