View in legacy (desktop) mode
On the afternoon of Thursday, August 24th, Nintendo will unveil the backbone that will anchor the celebrated company's bottom line for the next four to five years. As I'm sure all of you know by now, Nintendo will be debuting the GameBoy Advance and Project: Dolphin game machines at a press event. The big N, of course, has a lot to prove in the upcoming days. Nintendo single-handedly shattered the myth of a "TV and VCR only" living room, and in the process, sold software sales that eclipsed the billion-mark. With all due respect to Nike, "Just Do It" should be Nintendo's internal mantra, because they've done just about everything there is to do in the electronic entertainment field. So where does Nintendo go from here? 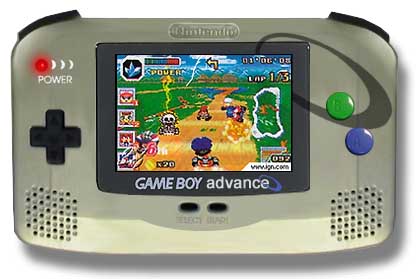 There have been some major bumps in the road for Nintendo these past few years- most notably Sony's currently dominant Playstation game platform- but 'the house that Mario built' probably already has its sights set elsewhere. That's right. After conquering the video game world in the 80s and 90s, could Nintendo now be aiming to make a big splash in the world of.... telecommunications? A Nintendo press released issued recently by Reuters says simply:

"Nintendo will also unveil the GameBoy Advance, a new version of the world's top-selling hand-held game player, which will feature a 32-bit processing unit and telecommunications functions."

Nothing really concrete there, but things get interested when you consider one number...


In Japan, there are already millions of people who access the Internet. "Who cares?", you ask? Well, it gets interesting when you consider in 1999, there were already over two million Japanese consumers accessing the 'Net and email via cellular phones. Many of these web enhanced cell phone devices are sold under the Panasonic (Matsushita) name brand. Matsushita is of course the world's largest consumer electronics company, and is also working with Nintendo on the Dolphin game platform. Even Nintendo and Matsushita's rival, Sony, has acknowledged the trend by teaming up with NTT DoCoMo to make the wildly successful iMode cellular phone line compatible with the PS One game machine. The catch here is that Matsushita is the largest cellular phone manufacturer in Japan.

So where does Nintendo fit into the equation? Way back in May of 1999, Nintendo and Matsushita not only announced their intentions to work together on the Dolphin game console and Dolphin-enabled set-top box devices, but also a digital network of some kind. Here is a quote from an article published by EETimes in May of 1999:

"Finally, the two (Nintendo and Matsushita) will also jointly develop a new digital network platform named x21. Details for the new platform were not disclosed."

In September of 1999, Nintendo not only announced the GameBoy Advance handheld machine but a new subsidiary joint venture with Konami called Mobile 21. The purpose behind Mobile 21 would not only be to create software for next-generation Nintendo game machines, but to provide a specific interface between the GameBoy Advance machine and cellular phones (as well as Dolphin and GBA linkup). Could Matsushita and Nintendo's highly secretive digital network known as "x21" have ties with Mobile 21? Could it all just be one big digital network shared by the Dolphin, GameBoy Advance, cellular phone, and DVD-based set top boxes? Unfortunately, the big N remains extremely tight-lipped about any specifics, but a recent interview with Nintendo president Hiroshi Yamauchi, on the Forbes website, yielded some new possible insight.

"Gameboys will be used to surf the Net, download games and music, trade, visit virtual worlds and more," Yamauchi promises. "We will be offering entirely new ways to play."

Certainly, those are interesting comments made by Nintendo's main man. Perhaps Nintendo has recognized that the GameBoy can be their portal into a happy new world where consumers can email their friends, trade and breed their Pokemon monsters online, shop, and download music right from their shiny new 32-bit handheld. Apparently, Matsushita may be getting in on the fun as well. In the same Forbes article that quoted President Yamauchi's broader GBA vision, Fumio Otsubo, a Matsushita director confirmed that Nintendo was indeed, "negotiating with Matsushita to combine its strength in mobile-phone technology with Nintendo's game abilities"


What does it all mean?
Well, for starters, we know that the inclusion of cell phone compatibility certainly opens the doors to new types of interesting game play possibilities on the GameBoy Advance. In the bigger scheme of things, it could also give Nintendo and Matsushita a big grip on Japan's Internet access and telecom markets. The lure of wireless devices that can provide online features, cell phone features, and video game play on the go is definitely a strong one. Perhaps this is why the GameBoy Advance is such a high priority for Nintendo. A network of millions downloading game data, sending email, shopping online, buying digital music, etc. through their Nintendo and Panasonic handheld devices is no doubt something that is very appealing to the higher-ups at the two companies. 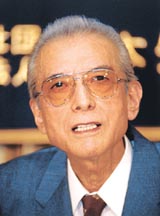 One must also consider what this could mean for Nintendo's Dolphin home console platform. Nintendo has often stressed the 'communication' features between the Dolphin and GBA. Shigeru Miyamoto, Nintendo's lead designer has stated that the link between the two consoles will be one of the new revolutionary features in the next-generation video game market. Nintendo and Konami's subsidiary company Mobile 21 is also involved in linking the GBA and Dolphin. When linked to a cell phone, the GBA is essentially a communication device in itself. In theory, users might be able to communicate with their Dolphin game consoles, even when they're on the road, remotely through their GameBoy Advance machines. That could definitely open up the door to some interesting new game play possibilities and features which one-up Sega's VMU device for their Dreamcast console. If GameBoy Advance users purchased the digital camera add-on already slated for the system, the handheld could also function as a video phone. This opens up the door to being able to see and talk with your friends while playing online on the GBA and Dolphin game machines. Of course, Nintendo is keeping all its cards pressed closely against its chest (until Thursday, that is).

Recent comments from Nintendo president Hiroshi Yamauchi concerning the importance of the GBA to Nintendo's future have left many people puzzled. Obviously, we'll have to wait and see exactly what philosophy Nintendo will adopt for the Dolphin and GBA platforms, but perhaps the strategy Nintendo is aiming for (at least in Japan) might be a little more ambitious than we think.
view full archive