View in legacy (desktop) mode
So Pokémon Ranger, huh. Did you know this series existed? Maybe you did, lumping it into the undifferentiated heap that constitutes the non-mainline Pokémon canon. Regurgitated tripe for toddlers, nothing more!

Nintendo sent me the latest one, Guardian Signs, out of the blue last week and I was like EHHHHH but what the hell I thought and gave it a shot. 18 hours and three days later golly I sure played the heck out of that didn't I. Now I mean it's true, this is not a game that will challenge any seasoned gamer, and its mechanics are extremely basic. But you know what it's kind of interesting if you give it a chance.

I've talked about this before, in my Pokémon game idea article from six years ago that I am sure you never read. I had mused on how the Pokémon "universe" is one rife with potential, far beyond just "crash these sprites into each other until one faints." And you know what, here's a series that's been doing exactly that, right under my nose, for quite a while.

It's a bit saccharine to be sure, but the capture method in this game is about "conveying feelings of friendship." Stripped bare, it's basically convincing a Pokémon that you aren't a threat, and that hey it should help you out. It's much nicer and better suited to the universe than the indentured servitude promoted in the mainline games. They're really just hanging out with you cause you're their pal, and once they help you out, they run right back into the wild. No ripping them from their environment to fight your battles forever here. 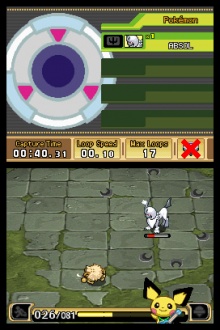 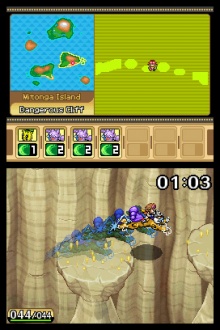 You do still make them fight each other, though they're supposedly just helping you assault other Pokémon with friendship, usually to "calm them down" or something. I mean being doused in flames and rocks always calms me down for sure so yes that's great. UM.

The battles suit my tastes more than the mainline games, which most would probably scoff at but hey don't judge me you don't know me. I'm just not much for plodding menu-based affairs these days, and while Ranger is simplistic, it's at least frenetic. Drawing crazy circles and spirals around Pokémon to capture them leads eventually to more reasoned strategies involving plopping down your Pokémon teammates in appropriate parts of the arena at the right time to make an attack and jump away before taking a hit.

There's not really too much to it (though charge levels start to add some strategy to the circle-scribblin') but it's at least fast. And I appreciate fast. You'll be in and out of fights, gathering experience, and capturing new Pokémon constantly rather than wrestling with Pokéball inventories, being careful not to over-damage your target, and worrying about catch rates. I love it, really, how easy it is to get a new guy. If you beat him, you've captured him—as long as he's a roaming field-Pokémon, and not one controlled by your enemies. Then you use him and he runs off and hey let's get another new guy. It's so refreshing, and lets you really enjoy a huge cast of dudes rather than just a small subset of the ones you manage to catch, and then an even smaller subset of those you take the time to level up. 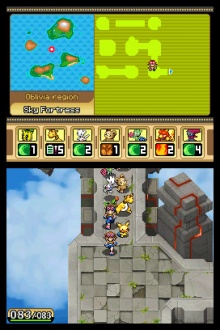 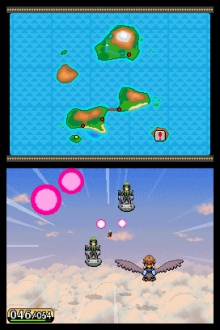 But this game isn't just about fighting, which is the real big thing. Sure the mainline Pokémon titles will have your rare cut or surf here or there, but that's the primary field mechanic in the Ranger games. Again, sort of like I had talked about in my older article, you use your Pokémon to help put out fires, cut down obstructions, fly from place to place, and generally interact logically with the world around you in ways other than violence. The battles are usually a means to this end, serving to provide you with the tools you need to overcome your surroundings.

You don't collect Pokémon in Pokémon Ranger, as much as you recruit them when you need them. It's rare that you'll keep any one Pokémon in your "inventory" for too long, since they run off once they help you in the field, or once they take a single hit in any battle. There is indeed a system in place though where you can summon certain Pokémon at will, mainly legendaries, emulating the whole Pokéball mechanic without the barbarism. Though really, aside from the legendaries, you'll never actually find much use for these. It's just so easy to find and capture a Pokémon hanging around in the field that summoning is rarely worth the effort. Particularly when they usually surround you with the type you'll be needing anyway.

You might be into Pokémon Ranger if you like the idea of the Pokémon universe, but feel a bit burnt out on the structure of the main Pokémon games themselves. There's also a nice sense of progression in there—new types of upgrading or capturing get introduced, new modes of transportation show up as the previous ones become tiresome, etc. Though don't get me wrong, I like the ideas in Ranger, but it's pretty shallow and juvenile in execution. It was still pretty fun, but don't yell at me if you try it and find yourself rolling your eyes when people just won't stop yapping about junk you couldn't care less about. This may just be the toll you have to pay when you venture into Pokémon spin-off territory. In this case, at least to just see what else is out there, I think it was worth it.
view full archive