Well, I'm going to say what no hardcore Nintendo fan dares to say...but there could be a problem with the GameCube. No it's not that old rant about hardware power or third-party support or even the whole "demographic" debate. I have to say the Game Boy Advance lineup is brilliant. Lots of interesting, quirky, hardcore, mainstream, cool, fun, "kiddie", games there. 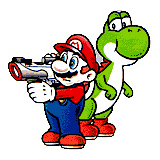 And those are just Nintendo's own offerings. Doesn't it remind you of the Nintendo of yesteryear -- the young, versatile, hungry company that put the entire entertainment world on its ear? The company that would surprise you with zany products like R.O.B., the Power Glove, and Super Scope 6?

So what about GameCube? Well lets have a look at the lineup shall we? Nintendo will have five internal games released this year for the GameCube -- Luigi's Mansion, Pikmin, Animal Forest Plus,Super Smash Bros. Melee and Wave Race: Blue Storm. Now much has been made of the lack of titles, but that isn't what concerns me so much.

That's a great batch of games and like most of EAD's hits, you'll likely only be able to fully appreciate these games after playing them in the comfort of your home. Hell, I even like the whole "Luigi meets Casper" (Christina Ricci cameo not included) concept that has left a lot of more traditional fans asking, "dooooood, where's my Mario!?!". But there's a fear that has been nagging at me ever since Nintendo's E3 press conference. Nintendo proudly lamented over their newest slogan, aptly titled, "The Nintendo Difference". It's true, no one makes games quite like Nintendo -- they are the Mr. Christie of video games -- but I have just one question. What about the Nintendo Edge? Yes, you heard me, the Nintendo Edge. 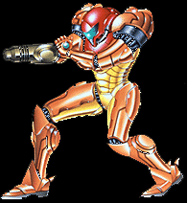 There was always Mario, but there was also a lot more. There were quirky and unique games that would become cult classics like Punch-Out!, Ice Climber, and Duck Hunt. The dark and brooding, (even "scary") worlds of Metroid seemed more like an Alien movie than the acid-trip aesthetics of the Super Mario Bros. and Donkey Kong series'. There were deep, involving RPG games like Fire Emblem which gave birth to the "tactics RPG" genre and the Famicom Wars series which oozed so much Japanese-styled goodness that NOA never bothered to bring the series to North America.

Only a fool would deny EAD's greatness, but Nintendo in the past had a great "edge" to their overall software offerings. The dark side to the light, the ying to the yang as it were. Sure we're getting a new Metroid (from the US-based Retro Studios), but it seems like Nintendo's home console lineup from its famous Japanese home-base is far too tailored around the types of games EAD likes to make.

Originally, Nintendo's R&D system was setup with various teams, like R&D1, R&D2, and so on. Each team had its own unique personality and a variety of different games, all of high quality, were commonplace. As the break out success of Miyamoto's R&D4 team became more apparent, the Miyamoto/Tekashi Tezuka-led EAD group was formed to prepare for the Super Famicom (SNES). Now, EAD was basically the "sun" -- the center of the Nintendo universe orbited by a healthy supporting cast of smaller design studios like HAL Labs and Intelligent Systems.

With the N64 that structure became even more swayed towards EAD, as Intelligent Systems choked and sputtered with the 2D-to-3D transition and HAL Labs didn't get going until the latter half of the N64 generation while its most ambitious project (Mother 3) fell into the pit of cancelled software. The point is, there just isn't enough balance on the console side of things. While EAD's games for the N64 were brilliant, the Metroids, Punch-Outs, Fire Emblems, and other games in that vein just evaporated.

If Intelligent Systems can't cope or doesn't want to work in 3D, Nintendo needs to recognize the need for a new internal studio that can deliver the same thing Intelligent Systems did for the Famicom and Super Famicom. It seems like Nintendo's software has gotten less diverse with each passing generation, and yes, a lot of that has to do with the growing complexity of game development, but the fact still lingers. Get some young designers into the mix, get some new ideas Nintendo -- there will come a time when Miyamoto and Tezuka will have to retire. If Sega can do it, with the diversity of teams like AM2 versus Sonic Team, why can't the big N? 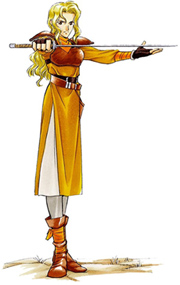 Looking at the Japanese Nintendo games planned for GameCube -- Animal Forest, Pikmin, and Luigi's Mansion and looking at the kinds of software they're making for the Game Boy Advance -- Fire Emblem, Advance Wars, and Magical Vacation, there is an obvious difference. Miyamoto's EAD style seems to define the GameCube. Intelligent Systems, Nintendo's "lead" GBA team, has come up with a more off-beat lineup for the handheld side of things. There's absolutely nothing wrong with this difference, but it's Nintendo's responsibility as a company to ensure that their software library isn't so one dimensional all the time.

What happened to the company that pumped out the Punch-Out, Metroid, and so on? We haven't seen the full GameCube lineup, so here's hoping that in addition to Mario Sunshine, 100 Marios, Marionette, Mario Kart, and the inevitable arrival of Pikachu and friends at Spaceworld that we get more games with the Nintendo Edge to them.