View in legacy (desktop) mode
I was in the audience today as Nintendo unveiled their next home console, oddly (but not nearly as oddly as the Internet guesses ran) monikered "Wii U." The rumor mill had already given us a number of spot-on guesses as to the controller's form and function, but the thing I was paying most attention to was Nintendo planned to do with this new platform—what sorts of software I could expect.

The prevailing desire amongst the hardest of the "hardcore" was this concept that one could migrate their TV-game-in-progress to the Wii U's controller and play it there. Nintendo led off with this concept with a presumed-sequel to New Super Mario Bros. Wii, showing a player content to relinquish the TV to a family member and continue to stomp Goombas on his own private screen. But they didn't stop there; many other concepts were shown like painting with a stylus, using the controller as a viewfinder to aim at the TV, providing a second view on the action, and several other things. It provides a lot of options... so many that I wonder how well its promise will be delivered on.

I think we can count on Nintendo to deliver games built around each of the concepts they've shown today, and others we haven't thought about yet. But I'm afraid that the wealth of options and the different kind of development culture fostered at other developers will result in games that don't really take advantage of the Wii U, using its features instead as tack-on fodder. It's a story that's played out before, throughout the DS' and Wii's respective histories, and it makes for games that are less great than they could be because they aren't designed for the system they are eventually delivered on. 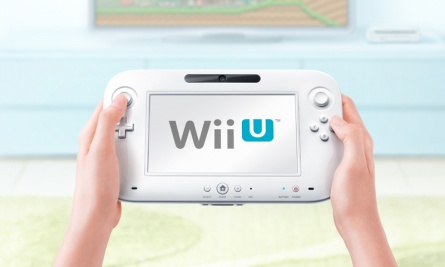 Whether this actually proves to be a problem or not is up in the air. I can point to many games of both stripes—both embracing the platform and ignoring or only slightly paying respects to it—that have been successful both critically and financially on Wii and DS, and I've certainly enjoyed titles of both stripes.

I'm also a little concerned about a design choice that we heard about during the presentation: the choice to apparently stream video to the controller instead of delivering it software, which seems to me, in conjunction with the lack of video clips illustrating more than one Wii U controller in use, to be limiting the possibilities Wii U may have—you may not be able to create a Four Swords Adventures on Wii U.

I'm cautiously optimistic about what Wii U will deliver here. It's got apparent limitations, both technological and—for lack of a better word—political, that may stymie its development. But I still think the idea is a great one, and I really look forward to what Nintendo—and hopefully others—may eventually deliver. I'm looking forward to heading to the show floor to try it out for myself; I'm hoping that using it—much like in 2006 when I played Wii Tennis on the show floor—will convince me that Wii U's potential is not to be missed when it launches next year.
view full archive