View in legacy (desktop) mode
There's a crisis brewing within the white walls of Nintendo. The company that crafted the beautiful Wii strategy has seemingly given birth to another purple GameCube with a handle. Nintendo's laboratory had an explosion and the result is Frankenstein.

If the presentations and interviews coming out of E3 are anything to go by, Nintendo is turning its back on its prior path. Hey BP, stop murking up my blue ocean! Nintendo is once again convinced it can appeal equally to gamers of the core and gamers of the casual varieties. 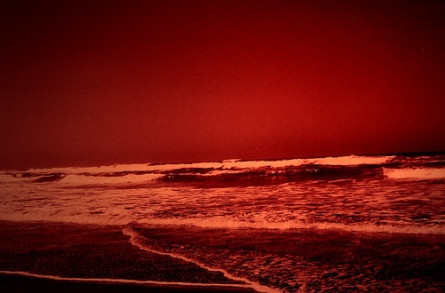 Wii U is trying to be all things to everyone. My response, as someone who has closely studied business strategy: impossible. We live in a finite world. There's a limit to money, people and resources. A dollar can only be stretched so far, advertisements directed only so wide, and resources allocated only so deep.

Unless Nintendo refines its strategy, it's going to end up with another muddled GameCube. A console that never really had an identity. Was it core, was it casual? No, more in between, a hybrid—and completely half-baked in both categories. There's a reason the PlayStation 2 dominated that generation and Xbox trailed a distant second.

Nintendo's options are to go either full core, full casual, or choose a varied balance between the two. A quick glance at Wii U's E3 appearance tells us which route Nintendo is taking (in one reel we see four people casually playing a game of tag and in another video reel we see high-definition versions of the latest core games).

Wii U is a half-breed. Both markets could have been easily pursued at one point in time, but that time has passed. The number of competitors ranging from Apple to Facebook are many and the competition itself is more intense than ever. It's true that there is no one company currently offering a console with a dominant casual and secondary core appeal. However, by choosing this path Nintendo is setting itself up to dominate in neither market. This is especially true since Microsoft has a multi-year lead attracting the casual market to its previously core-only console while Sony marches ahead with its grasp on the core gamer (while pretending to care about the casual segment). Wii U can hope to be a secondary console for core and casual gamers but that's about it.

So where did Nintendo's Wii U strategy go awry? Nintendo has been anxiously watching Wii hardware and software sales drop month after excruciating month. That's scared them into action...err, reaction with the result equaling Wii + U. There's a few reasons behind those dwindling sales and those reasons reveal how the Wii U monster came to be.

Lets get the obvious and easy one out of the way. The economies of the world are under duress—these days consumerism is more often being replaced by penny-pinching. There's not much one company can do to curb this trend.

So this leaves us with the other cause that Nintendo can (or at least hope to) directly influence. Put simply, casual gamers aren't consistently heating up the software sales charts. And clearly, things shrink when the Wii cools down.

With the introduction of Wii, Nintendo left the core market scraps to the red jaws of Sony and Microsoft. After all, Nintendo had bigger, more succulent fish to catch in its clear blue ocean. But with Wii U, rather than completely let go of the past and embrace the possibilities of their new fishing hole, Nintendo is trying to wedge itself back into battle for the reliable sales of the core gamer.

While casual gamers are willing to spend money on the latest gaming fad, it's the core gamer who consistently returns to buy the latest and greatest full-priced release every other month. But there is a disparity that exists on Wii for the core gamer. The software sales charts don't lie. Nintendo has lost this demographic.

Yet with profits still rolling in from casual games, the question remains—should Nintendo even care? Clearly it doesn't need core gamers as long as it can continue releasing Wii Sports, Wii Fit and other transformative games for casual players. So it appears Nintendo's blame is misplaced. Unfortunately, in trying to create remedies in their laboratories, Nintendo devised the wrong solution to their problem. They simply need to release better games and release them more consistently.

But wait, it turns out manufacturing magic is harder than it sounds. The development and research costs (and subsequent marketing) to produce these games are immense. To its credit, Nintendo has shown it's possible and has a pretty pristine record to boot (but no one is perfect; I'm tenderly pointing and shaking my Wii Remotes in unison at you, Wii Music).

Yet, the fact remains; Nintendo still isn't willing to let that core gamer dollar go. Nintendo has perhaps recognized the future looks dim for a Nintendo console supported by casual gamers alone. Oh, and by the way, that future? It's a world where technology and entertainment are increasingly commoditized, increasingly disposable. It's a world where I can get unlimited music with a $14.99 Microsoft Zune pass and unlimited movies with a $7.99 Netflix account. Wait a second. Uh oh, that future...that's actually today. With App stores and HTML5 transporting games directly to your phone, internet browser and TV, video games too are becoming a commodity. We can fight it, throw tantrums and stomp our feet like we're playing Kinect. But that won't stop the impending changes.

So now we have Nintendo back to the old way of thinking. They're perplexed by the cycle they're currently stuck in. Nintendo ponders why traditional gamers don't like the Wii all the while it refuses to release games like Xenoblade. Nintendo ponders why third-party releases don't sell on its system all the while its competitors get superior versions (although, that's assuming the game is even released on the Wii in the first place). To sum it up, the Wii is not a PlayStation 3 or Xbox 360 and never will be, just as the opposite is true. A Wii Remote was never the equivalent of a high-definition dagger or an online katana (but it didn't need to be since it had its own seperate pick-up-and-play appeal). Variety really is the spice of life.

So Nintendo's strategy today is clearly morphing around its competition. Despite its monumental success with Wii, Nintendo just can't let go and wonders, "How do we compete with Xbox and PlayStation?" Nintendo wants to appeal to traditional gamers which increases the price of technology. They want to appeal to casual gamers by using controllers and gimmicks that alienate core gamers. They want to do both at the same time in a finite world where trade-offs are a necessity. And so this is how we arrived at Wii U, Nintendo's misguided solution to level the playing field.

Now thanks to Nintendo's mixed messages, we are left wondering how the Wii U stacks up to the competition. Parity is obviously, at minimum, needed if they're going to compete within the old market. Match the graphical capabilities? Check. What about online? Maybe check. What about the crucial games? Nintendo: "Um, you third-parties port your games while we continue making Mario and Wii Sports." And that's where I go, uh oh. Somewhere along the way Nintendo forgot that it attracted new gamers by creating new experiences, not rehashing Mario, Zelda, and Pokemon for the 50th time. The greatest successes are always born from a fresh idea. The Wii console was not a sequel. Nintendo is also mistaken if it believes that beefing up its graphics is enough to be competitive (as the GameCube and N64 before it proved to us, the best graphics have never determined the winner in this industry).

There's no denying that the hardware manufacturer defines the console—whether it was the Super Nintendo definition of censoring mature titles like Mortal Kombat, or the PlayStation definition where a disc format enabled cinematic role-playing games, or the Xbox definition where you competed online with a foul-mouthed teenager, or the Wii definition where anyone could pick up a remote and bowl a strike. Wii U will establish its own identity based on Nintendo's strategy; whether good or bad, it's a definition that Nintendo will have the greatest influence shaping. But unfortunately for Nintendo, it's a definition that can't intrinsically be everything to everyone.

Although there are hurdles to overcome, I feel their safest bet is to go full-steam ahead with the casual market. It's not too late to take Frankenstein to the salon to get her hair did, and a good mani and pedi. Nintendo has spent the last ten years morphing its company from top to bottom (development to marketing) with the casual market in mind. The company no longer has what it takes structurally to appeal to the core market. It would take years to change course, to evolve their culture and to re-build that infrastructure.

There are more resources required for marketing, for development, for the entirety of Nintendo's organization to appeal to multiple markets. One obvious example, although there are some overlaps, is that marketing a casual game is not the same as marketing a core game. It all comes back to finite resources, something Nintendo has shown repeatedly that it would prefer to save for a rainy day instead of spending the money needed to follow-through on a business strategy.

I could argue (and did for years and years) that Nintendo should realize it's trying to do more than one thing, and run its business accordingly. But after all these years, I've finally come to the realization. Nintendo is unwilling to expend the resources necessary for a hybrid console. So I'm done making that argument. Reggie says they're not an "or" company but an "and" company. Actions speak louder than words. The last "and" console release from Nintendo was the original NES.

All we can do now is watch as Nintendo moves forward with Wii U in its latest attempt to please everybody, and despite my conviction that they will fudge it all up yet again, it sure would be nice if they didn't. But that time is quickly running out. U can have some delicious cake, but wii can't eat it too.
view full archive