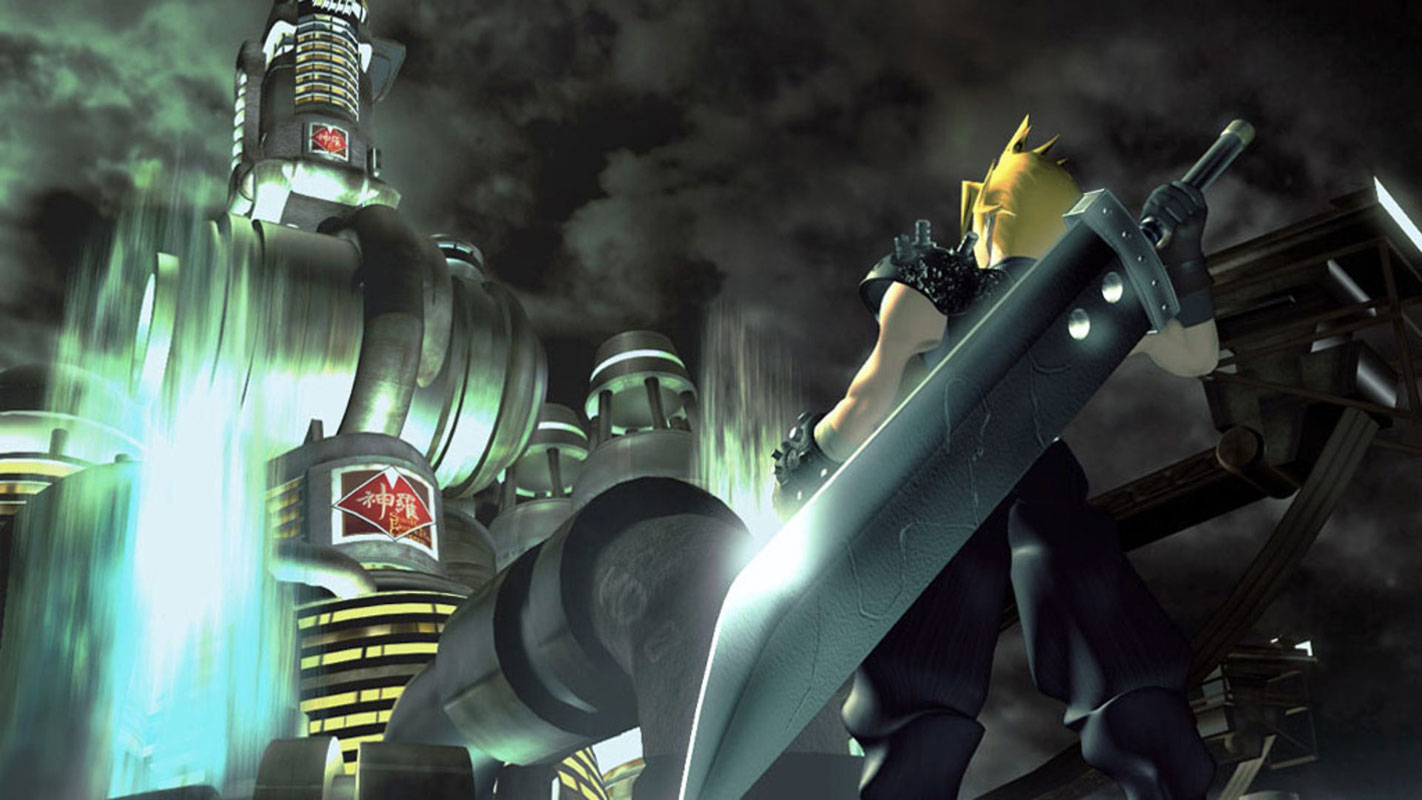 I wasn’t raised on RPGs.  Platformers and puzzle games, these were my bread and butter.  I grew up focused on mechanical precision, on timing and finite challenges.  So when my little brother bought Final Fantasy VII for the PC I remember chiding him for it.  Ha ha, those stupid movies posing as games!  What do you think you’re doin with that, that’s not a jumping simulator.

I ended up playing it anyway.  Our computer was barely a machine, it ran the game in a quarter-sized box in the middle of the screen at like ten frames per second.  I remember Chocobo racing being a psychedelic slow-motion nightmare, a single lap taking something like ten minutes to complete.  Nonetheless, something about it hooked me.  Chunky black-and-white strategy guide in hand I proceeded to beat the Emerald and Ruby Weapons and breed a Gold Chocobo to get Knights of the Round.  I pulled the FMVs and MIDIs out of the folders on the CDs and watched/listened to them over and over.  Until then I don't think I had ever played a game with a plot worth mentioning, or a world worth remembering.

Over the subsequent years I played a wide variety of relatively-mainstream RPGs, ranging from FFVIII also on the PC, half of IX on a friend’s Playstation, bits of FFVI, Chrono Trigger, the Golden Suns, and even some SRPGs.  A dozen worlds with a dozen play-styles, and I was super into em.  Eventually I got to FFXII, the first game I ever bought for a non-Nintendo console, and chewed through it with gusto.  But it was around this point, looking back on my playtime, that I started wondering if I might actually hate RPGs.

It was an odd thought, since I sure kept playing them.  Something in there was definitely alluring, whether it was the entrancing combination of visuals and music or the satisfaction of upgrading your dudes, of seeing those numbers go up, of putting all those puzzle pieces together.  At this time in my life I was out of college, either grinding away a miserable stint on the floor at CompUSA or flailing through one of my first web engineering jobs, the timeline is hazy.  But I sure wasn’t living in the dorms any more—a veritable video gaming Valhalla surrounded by a million other Comp Sci nerds who were just as into this scene as I was.  I was living with my girlfriend and nine-to-fivin it, and perhaps starting to put more of a premium on my free time.  I think that’s when I started to become more acutely aware of what was bothering me in RPGs: they seemed to actively disrespect that free time.

When an RPG gets hard, as they often do, your avenues for success are limited.  Sure, you can mix up your strategies, you can optimize your build, but if you aren't leveled high enough there's just no way around it.  You're gonna have to exchange time for strength.  If the game's well paced you'll have access to intermediary side quests that give you an opportunity to grow while still engaging in new material, but it's not uncommon to just have to grind for levels.  This is particularly common when it comes to post-game material, which can require another ten or twenty levels before even being reasonably approachable. 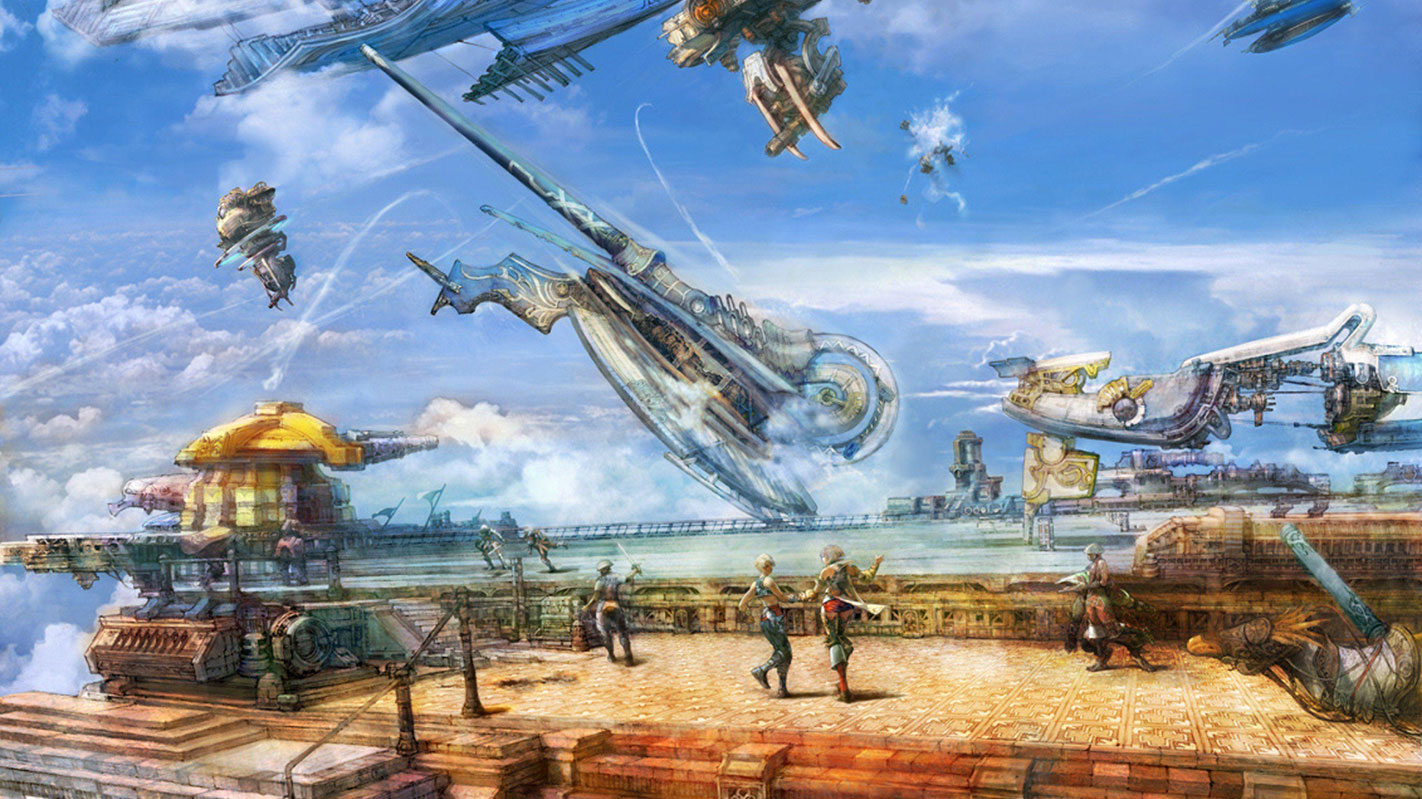 But FFXII didn't really bug me while I played it, only after I was done.  This was a curious trend that would emerge over time.  I’ve played every single-player Final Fantasy since XII (which is basically three XIII games and XV), Xenoblade Chronicles and Xenoblade Chronicles X, and a smattering of portable offerings.  I loved goin through them—with some exceptions here and there, like with any games—but more often than not I’d watch the credits roll and retroactively hate the game a week later.  While my gameplay criticisms of RPGs still boiled down to that sense that they required an investment more of time than one of skill, the question was why I wasn't feeling disrespected until the end.

The beginnings of an answer might be found in why I'd choose to play an RPG in the first place.  It's probably disingenuous to describe RPGs as just a collection of systems, of battles and of character growth.  My more Nintendo-centric upbringing may center my mind in that place, but RPGs are just as much about story and world as they are gameplay.  It's certainly what attracted me to FFVII back in the day.  I kind of bristle at admitting it, since so many RPG stories are shallow pap that would be laughed out of any competing medium, but the story is what gets me to care about the characters and the world they inhabit.  I can't just pretend those endless chatboxes and cinemas are fluff—hitting a button to move through dialog is just as much a part of the game as any other.

So when the credits roll, the story has either paid off or it hasn't.  Up until that point, even if the gameplay was repetitive, even if I had to grind here and there, it was still in pursuit of that narrative.  So did the ends justify those means?  In some cases the answer was no, and I think those were also the cases where I ended up feeling the most bitter.  "All that, for this?"  Maybe the battling and character-building should be its own reward, but I can't help but feel like a 40-80 hour story ending in a wet fart almost belittles the time I spent in earning it.  The compromises I was willing to make in pursuit of what I hoped would be worth my time ended up being for nothing.

If I go back and think about which RPGs I came out of feeling good and which left me feeling like shit, this starts to make a little bit more sense.  For now let's generally classify RPGs as having enjoyable stories, enjoyable gameplay systems, or both.  In the case where the story suffers, I can still come out satisfied if the gameplay systems are super strong.  More often than not this means an action-based battle system where even if I have to grind or futz around a lot, the sheer act of battling is varied and enjoyable enough that I don't feel chuffed for "having" to do it.  Lightning Returns was a great example of a system that was just a joy to play, requiring competent management of both offense and defense with a great rhythm.  Titles in the Tales series feel pretty good to play as well, and even Chrono Trigger had a great sense of variety despite being turn-based.  If these games end pathetically, at least I don't regret having invested the time I did. (Chrono Trigger did not end pathetically.)

Something like Final Fantasy VII had what I'd classify as a very satisfying conclusion, which feels like it was more common in older titles.  It built to it strongly and left a great impact.  (Whether or not this is a FFVII pun is for the reader to decide.)  So while I definitely recall having to grind a lot, and while the battle system was pretty repetitive and not particularly engaging (especially playing in slow-motion on my garbage PC), I felt like it was worth the time invested in the end.

When the ending doesn't pay off and the gameplay isn't super fun on its own, though, that's the perfect storm of shit.  FFXV sure pissed me off with the tragic dumpster fire that passed for its plot and ultimate resolution, enough so that it actually overwhelmed a battle system that I kinda liked.  Xenoblade Chronicles X was maybe a more reasonable example, where I sure spent ages with a battle system that wasn't outrageously entertaining, miring myself in probably hundreds of repetitive sidequests, only to have the game end in a cliffhanger.  "Great."  It sure didn't help that Xenoblade also teased a lot of cool potential encounters for the post-game, but locked them behind effectively twenty additional levels of grinding I'd have to do with no more dangling plot to drive me forward.

What's got me thinking about all this again is Octopath Traveler, released last week for the Switch.  I've played the demo, I'm super into the visuals and the music, and the package seems real polished.  But when I think about my experiences with RPGs historically, I worry about buying into something almost guaranteed to piss me off in the end.  Octopath seems like the successor to Bravely Default, a game I actually quit playing part of the way through because its plot wasn't engaging enough to overcome how staggeringly repetitive it was.  It was billed as a modern take on old-school RPGs, but I feel like the updates were largely superficial, leaving the remainder mired in grindey and shallow trappings.  Octopath could be following a similar path, with reviews mentioning the need to grind and a lot of doing the same kinds of things over and over again.

But a pleasant world, one well rendered, scored, and peopled, is one that I find alluring nonetheless.  I suspect I'll always struggle with this—some part of me wants to disappear into these RPG universes, into their fully-realized settings that you only get glimpses of in games belonging to different genres.  These deep dives with their cultures and histories, with their globetrotting plots that promise intrigue and drama.  As a Nintendo Guy most of what I play is still very gameplay-focused—it's what made me so glib about FF7 back when RPGs seemed like such an absurd prospect.  I bet I pursue these kinds of experiences now almost as a counterpoint, and that gameplay proclivity likely fuels my reflexive backlash when a jaunt into the more story-heavy realm ends up poorly realized.

Ultimately whether I pick up Octopath is still in the air—I've got so much else to play and do that it's conceivable I just won't get around to it before I lose interest in the prospect.  But I'm sure to return to this debate in the future.  When it comes to this damn genre I just can't help myself.