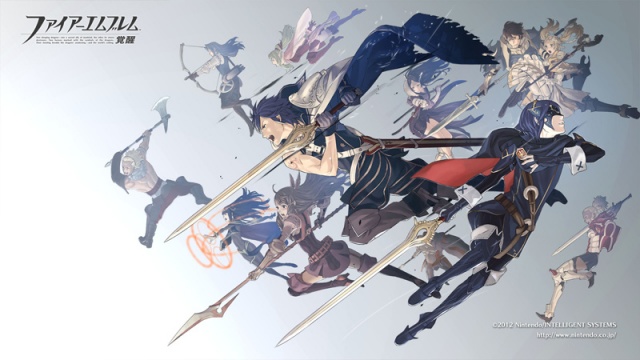 Man I could say so many things about Fire Emblem: Awakening, but at this point all I really want to share is how brain-scramblingly amazing the soundtrack is. I beat the game last night, and got access to the sound test mode, and have just been listening to it all day at work.

SO, I am going to just shamelessly vomit out an assortment of Youtube links to songs here. Be wary of comments and what have you, lest you inadvertently spoil this or that. The song titles are pretty safe though. If any of these links ever end up going down for some reason, you can easily find the songs just by plugging their title into the 'tubes.

I could.. seriously just list every single "Ablaze" song at this point, so MOVING ON

And this is just a tiny glimpse of some of the more high-intensity songs. There's really not a sour note among the full soundtrack. If you haven't played it already, maybe you should!!!

No seriously, play this game would you please. Even putting aside the soundtrack, the "actual game" is one of the most content-rich and ball-blastingly polished titles I've played in recent memory. I rate it a full bushel of video game units on your good-decider scale of choice.