The Wii was Nintendo's way of saying "nope" to the presumed rules of the gaming industry. While its competitors screamed ahead in the power race, Nintendo sat on its hands, and decided it wanted to play a different game. And hey, it worked out for them pretty well, if you're the sort who gives two shits about sales numbers. But analysts, enthusiasts, and fatheads throughout the world refused to accept it. "Nope, they're doin' it wrong, why've they gotta be so stupid." And now we're seeing it again with the Wii U.

Over time the players in this industry have concocted a set of rules that define video games. New machines need to have bleeding edge graphics. Online services need to incorporate a very specific kind of account system, and have universal shared achievements, and there need to be demos, and voice chat, and social network integration, and blah blah blah. As each new gaming idea crops up and shows up in a machine, it's assumed that the other machines then have to "catch up" and implement it, lest they be labeled as "behind." Multiplatform releases are scrutinized at an atomic level, and the slightest discrepancy in framerate or texture clarity indicates a tremendous failure on the part of all those involved. It's a race to feature parity, a scrambling effort to achieve total homogeneity. "This is a video game," and anything different is crap.

When Nintendo decided they wouldn't play this game, I think the problem is that they didn't go far enough.

If Nintendo is really trying to not compete on the same terms as its "competitors," changing the nature of its machine is only the first step. The second, and most difficult step, is changing the nature of its software. A Nintendo machine that doesn't get compared to other machines needs to be a Nintendo machine with only Nintendo games. Zero multiplatform releases. No downgraded ports, no core iterations of franchises popularized on other machines, no games that can be directly compared to games on another machine. If they want to remove themselves from the race, they need to really remove themselves.

It hardly seems impossible. Most people buy Nintendo machines for Nintendo games anyway, and with the Wii and Wii U we've seen (and will continue to see) multiplatform games that outperform the Nintendo versions on a logarithmic scale. In the rare case that a big multiplatform title on Sony and Microsoft's next-gen machines sees a Wii U release, do you really think many people will be extolling the "touch screen inventory" over the far-superior visuals on those competing machines? And this is assuming a game engine can be scaled down enough for the Wii U to even receive a port in the first place. The majority of people who decry the Wii U's power levels do so from the perspective of anticipating future multiplatform ports. "If it's not strong enough, it won't get those games!" Well maybe it needs to not get those games. How else can it truly differentiate itself? 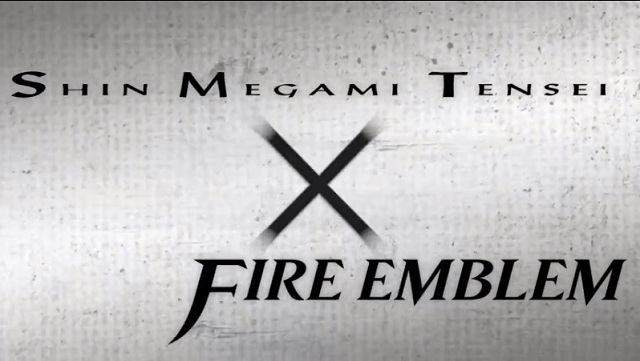 Now really, it doesn't have to be only Nintendo games, as long as there are no multiplatform titles. Partnerships (like the recently announced Shin Megami Tensei x Fire Emblem) should be strongly pursued, spinoffs from existing multiplatform franchises that heavily play to Nintendo's strengths would be fine (Theatrhythm Final Fantasy), and there'd certainly be nothing wrong with a brand new third-party title or franchise taking up an exclusive home on Nintendo's machines. But these games would need to embrace that platform fully, and not merely be less-good-looking versions of games from other machines with shoehorned interface tweaks. A "Nintendo game" would need to become synonymous with strong synergy between the hardware and software, quality-control driven by Nintendo's own designers, and an experience you just couldn't get anywhere else.

Being a gaming enthusiast with only a Nintendo machine has never been a good idea, as you miss out on a ton of games already, and those multiplatform titles you do pick up are always lacking in some capacity vs their primary editions on competing machines. If you want more than just Nintendo games, you have another machine. This idea just pushes that concept to its natural conclusion. If Nintendo could focus all of its attention on exclusives, I think they might finally be able to embrace their niche more completely, and find themselves butting heads with the other machines less in the public eye. We don't need three machines that all play the same things—there are a ton of ways to interpret "video games," and I don't think homogenizing the industry helps anyone. These aren't passive mediums like music or movies—games are inexorable from their interfaces, and the variety that affords is the driving force behind a ton of innovation.

Of course, I can't imagine this will ever happen. A business strategy that basically says "buy another machine if you want those other games" instead of trying to get those games on your machine probably wouldn't be popular in the boardroom, nor might it be popular with a lot of gamers. I think it would produce a product that's much more secure in its identity, though, if the roadblocks to its creation could be overcome. Until that day, we'll just have to accept the dissonance in Nintendo's message as the jimmy-rustling whine that it is.