Something weird called out to me today from just outside the boundaries of the miasmatic illusion I call my life and the name of it is Nintendo Labo. Labo is a normal word in English. 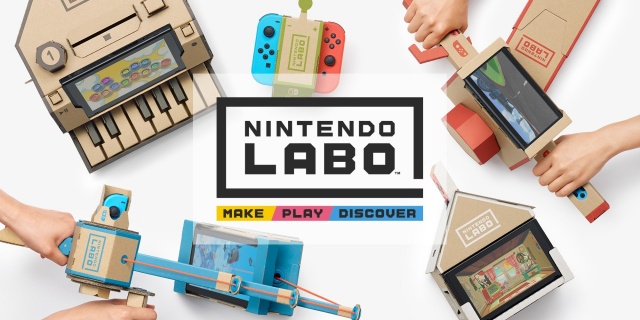 Nintendo Labo is a thing that—like so much of Nintendo's best work—we cannot understand or comprehend until the moment they show it to us. Nintendo Labo is straight up Nintendo, who just sold ten million of their newest hottest electronic gizmo in town and of course have decided they'd like to say "hey watch me papercraft."

It is a misdirect, a perfect juke, and yet very much not only in the vein of the company's questioned then loved video game decisions, but harkening back to the days of the Ultra Hand, the one-direction-only Lefty RX, the giant plastic Duck Hunt that projected little beams of light on your wall that you could shoot eight years before they made it for your TV. They're toys, goddammit, weird ones, ones that are designed based on constraints, with a little something unusual, a little gizmo in there you never have really seen used like that before. They're first person Metroid, a controller that you can move, a Zelda game that looks like it's a cartoon, a handheld with two screens.

Nintendo Labo is a thing that was designed for everyone, but as the breathless, offended double-children of the Internet will make sure you know, is best regarded as something solely for youths which do not yet possess their astonishing degree of intellect. This is because pressing tiny buttons while staring into the warm glow of a television with animated characters on it has always been a hobby that is most adult, sophisticated and complex, refined. Not like these... toys for children, these LITERAL MARVELS OF MODERN TECHNOLOGY

Did you see that fucking RC car bug animal thing move around? It's made out of cardboard and you put your remotes on it and it moves, "i guess somehow." I liked the part when they were like here's a bird and a camera and a gun and a flight stick and a robot and a kick pedal and you can color them with markers and stationary tape. Then they open that shit up and it's like what I imagine is inside an Etch-A-Sketch or a space ship? There's like an embarrassed little flat person that you can make flop all over itself too.

Do you remember that time when the newest gameplay innovations at the Electronic Consumer Technology Demonstration Summit involved elaborate configurations of cameras strapped to our televisions and manipulating glowing wands to Hey Ya then propping up pyramids over our game mats so we could watch our trading cards animate? That stuff was pretty adult, pretty in touch with the world, unlike these sheets of transformed recycling.

If you've visited the web page twice in the last eighteen months, you have a problem, and have likely noticed that I had posted some speculation about the Switch that was really brilliant for basically no time and has been a hilarious testament to how wrong I was, like everyone always is, about this goofball company.

It turns out that I was actually totally right. I had interpreted super leaked public patents to suggest the Switch would blast an infrared light inside detachable controllers and then read button presses by viewing the areas of reflective coating and watching them for movement with a built-in camera. It just turns out that this patent wasn't for Joy-Cons. It was for TOY-CONs (oh).

"Cheap, hollow, and versatile," I remarked, totally presciently, 75 weeks ago, "You could have a controller that has levers on it, one with dials, one with on/off switches that toggle." I think I saw all that stuff in the Nintendo Labo promotional video, which I watched four times while darting my head around in this empty living room, begging for someone, anyone, to answer the unspoken bellow I offer to the void. 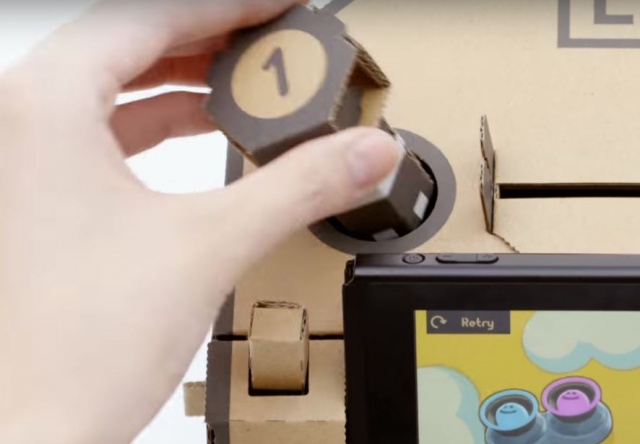 If I selectively excerpt other things I said, I sound even righter: "We could see maybe being able to purchase... a controller with open [space] on the... side onto which [another] controller... could be attached."

What if companies start making new games that are specifically designed to use Nintendo Labo toys as controllers! I want to make them, I want to make the toys, I would like to make most if not all of the toys.

In conclusion, let's all pay $70 a pop for stationary!