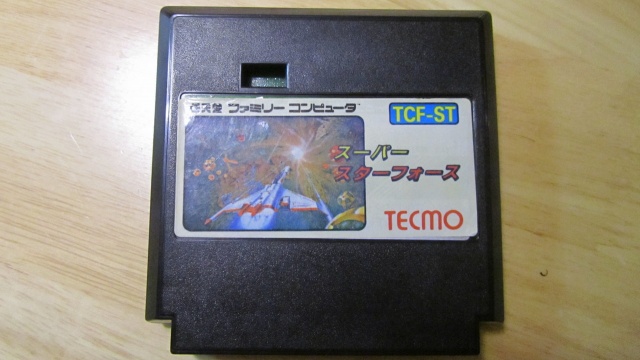 As I desperately scramble to acquire as much Famicom stuff as is humanly possible before I eventually leave the land of sushi-go-rounds and AKB48, I sometimes come across something that is weird enough to defy satisfying explanation. One of my recent acquisitions in that department was this strange Super Star Force cartridge. Clocking in at double the height of a normal Famicom game, this thing also bears a lot of other weirdness that caused me to pick it up for the relatively low price the seller was asking. Weirdness that is just enough to excite me!

The astute might notice a few things at first glance. First of all, this is not what Super Star Force looks like in its retail incarnation (a standard-sized black case). In fact, this casing seems to be the same kind as Nintendo used for their Family Basic software, and it even has the hole above the label there where you could originally toggle the battery backup on or off. You might also notice that the label seems to be placed on top of another, different label. And it's no ordinary label... 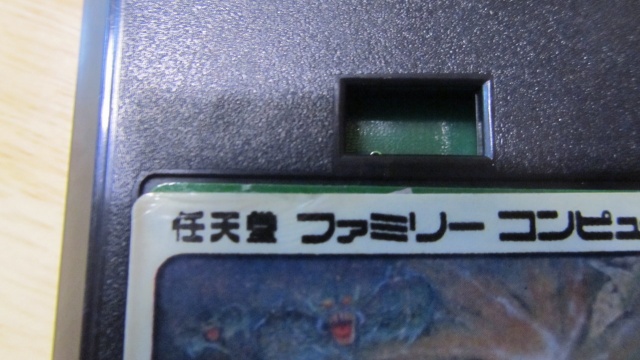 If you're nerdy and obsessive enough to recognize what Famicom game that label underneath belongs to, congratulations you sad sack of crap, it's Raid on Bungeling Bay. And yet, this particular label seems to be green, while the actual Raid label is black! Mysteries upon mysteries. Inside, it is equally as weird. 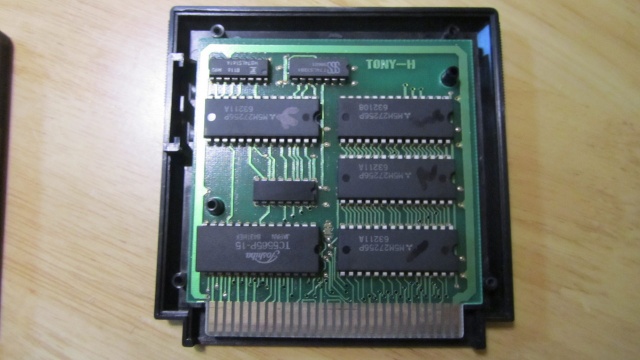 The circuit board is also completely different from the retail Super Star Force, with a variety of hand-numbered ROMs. Interestingly, the board is also designed to fit into this particular Family Basic-ish case perfectly, with pre-existing holes in the PCB where the mounting pegs in the cartridge can pass through. To make matters even stranger, this particular cartridge casing is not actually a real Family Basic cart at all—Family Basic carts don't have the four screw arrangement like this one does, and the warning label on the back is also not the correct "battery backup" warning label that you'd find on a legitimate Family Basic cartridge. On the back of the cartridge, there even still exists an original battery sliding door, while the caddy that would hold the equipment inside has been neatly filed down. 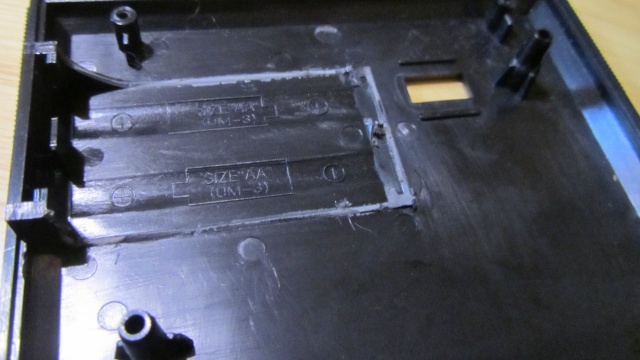 So what's the real story behind this thing? To be honest, I've never been able to figure it out. One theory could be that it's simply an early pirate game. That would explain the relatively large PCB and numerous ROM chips required, not at all some 64-in-1 cheap hack job, but a somewhat dedicated effort for a single game pirate (and not an exceedingly popular game at that). Some people I've asked thought that maybe the case could have been a cloned Family Basic cart that was used to house pirate games, though it doesn't explain the different screw layout exactly, or why the pirates would go to the trouble of slapping a warning label on the back.

A second theory is of course that the game is some sort of prototype or development cartridge. Though I've played it a little, it seems identical in-game to the actual Super Star Force game (though plenty of prototypes have been unearthed that are identical to their eventual retail releases). One intriguing mystery is the green Bungaling Bay label underneath. Hudson originally published Bungeling Bay and worked on the port of Tecmo's Star Force arcade game to the Famicom. It's possible that Hudson could have still been helping with development on Super Star Force, since Tecmo didn't become a licensee until later on in the Famicom's life, which might explain the Hudson label below the Tecmo one, if this cart was used in-house for testing.

A final wild guess is that the cartridge was manufactured as a sample, to promote the game, or for use in demonstrations. It could also be something that was thrown together as a one-off in-house, though the relatively neat soldering and printed circuit board make it seem like something done on a slightly more unified scale. Nobody I've shown the cart to has been able to provide any sort of theory that puts all the weird pieces together in a way I find all that satisfying—green Bungeling Bay label, four-hole Family Basic cart, hand-filed battery caddy, large PCB, hand-marked ROM chips. And who the hell is TONY-H? I'm not all that sure that I'll ever find an answer, actually! (If anyone has any theories, please feel free to leave a comment.)

That's one of the neat things about digging into something like Famicom collecting and starting to become knowledgeable about what you see often. From time to time a mystery like this crops up with just enough surprises to make things exciting, and you can enjoy the thrill of the unknown like you did when you were new to it all.