As soon as I saw the weird, tendril-like metal coils, the large, molded handgrip, and the suction-cup button covers, I knew I had to have it. How could something so grotesque seem so exciting at the same time? Not something you play with on its own, the Ultech 3 requires you to bring your own equipment to the party, and this fits right on top of it. That equipment is one standard Family Computer control pad, and that party is about to get frisky. The box it comes in touts in huge letters that it's the "ONE HAND CONTROLLER," the "Ultech Machine!" The night after I buy it I let it sit in the box and I have dreams of a huge red plastic shell descending slowly upon me, crushing me beneath its weight. I emerge another man, a better man—a man with the ability to both move and fire with my left hand alone, all while sipping an ice cold cup of blood in my right. 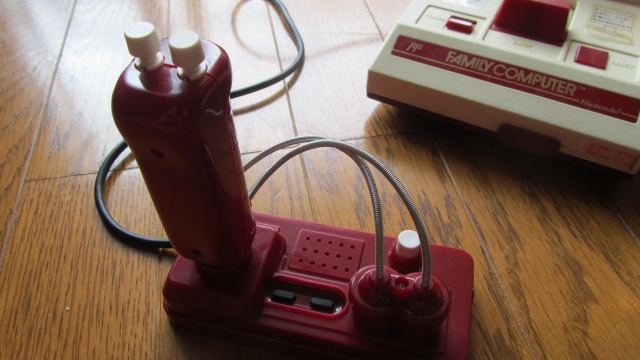 The controller's name itself comes from a phrase that was common among Japanese gamers in the early days of the Famicom, "Uruteku," which was short for "Ultra Technique." These tips were often posted in Family Computer Magazine, and offered gamers tips like using a ruler on the Hyper Shot controllers to hit the buttons really fast in Hyper Sports or the unlimited 1-Up trick on the first level of Super Mario Bros. 2 for the Disk System. 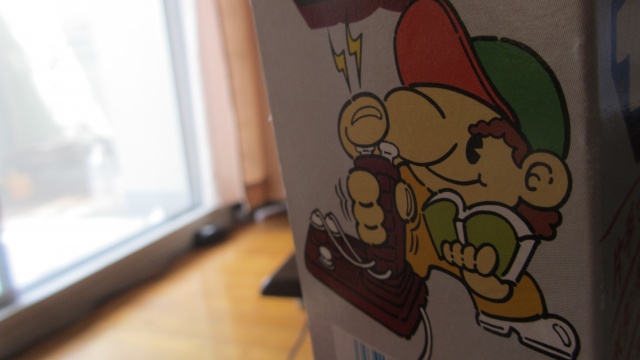 "Meijin-kun," the second part of the controller's name, literally means something like "little master," but was also probably an attempt to cash in on the popularity of a notable gaming figure of the time, Takahashi Meijin. Takahashi was famous as the figurehead of Hudson Soft, and as an employee was frequently paraded around as a sort of proto-gaming PR man, famous for his AMAZING SKILL of "16 shots per second" on the Famicom game Star Force. Hudson even went ahead and made a little series of games starring him that would be called Takahashi Meijin no Bouken Jima in Japan, but you might know them as the Adventure Island series, their English moniker. This Ultech 3, being manufactured not by Hudson Soft (who actually put out a variety of excellent turbo-fire "Honeybee" controllers), but by a company called Hanayama, probably seemed more excellent with that Meijin character on the box. Even still, it's pretty damned shameless. The character even looks like Takahashi with his trademark ballcap and yellow sweater!

In practice, the actual workings of the Ultech 3 are somewhat rudimentary, though I have to admire whoever designed it for their bizarre commitment to placing the action buttons on top of the joystick. Each button atop the stick is connected to a sort of tension spring that runs down through the handle, and then out through the metal coils, which connect to the two button plungers. When you press one of the plungers, the spring tightens, forcing the floating button head to thrust down and depress the appropriate button. It doesn't exactly work well, but still seems better than it looks, and it easily holds tight enough to keep the button held down for games that let you hold to fire. The stick itself is somewhat less functional and equally less ingenious. It's just connected to a rubber disc on the bottom that pivots as you tilt the stick itself, pushing down the appropriate button on the control pad. That large white button up top? That one is the most exciting! It allows you to eject your controller from the deathgrip of the Ultech 3. 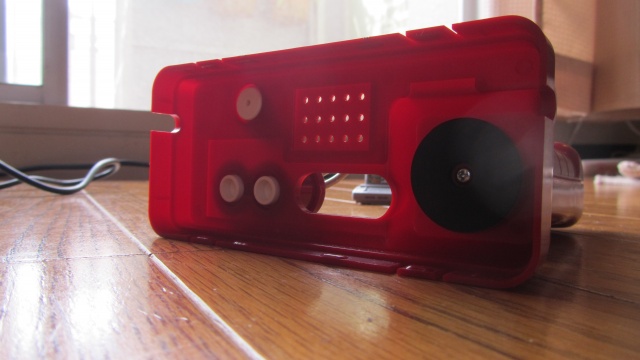 As I whittled away my living hours gleefully testing this monstrosity on all different kinds of games, I came to various, void-rending conclusions: it's pretty much shit for any game that requires to you press A while holding B, since many humans only have one thumb and the buttons on top of the stick have too much travel to easily accommodate holding one while pressing the other. It is, likewise, complete garbage for virtually any kind of platforming game where fine control of the d-pad is required, because the travel on the stick is equally gigantic. The leverage you have to use on the stick to move it from side to side and slam those directional buttons down is sufficient enough to frequently lift the entire controller off of whatever surface you're playing on. So if it's not good for games which require fine d-pad control, and it takes too long to hit the buttons for shooting games, what is it good for? RPGs and mahjong! Lots and lots of mahjong. 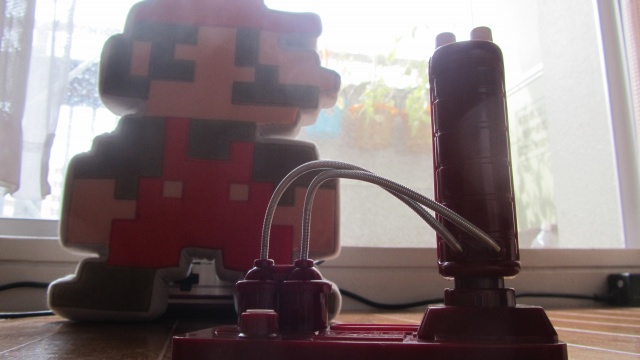 And yet, though relatively pitiful in actual function, when looked at as what the Japanese call an objets d′art, the Ultech 3 one-handed controller cannot help but be irresistible. The bizarre, over-engineered design harkens back to the early gaming days of our era, when game players and manufacturers alike were just feeling things out, wondering what they could and couldn't get away with. The nearly-copyright infringing Meijin caricature ends up being more charming than sinister. And even underneath, etched into its rubber disc, the notches left by some other kid's Famicom d-pad allow this controller cock-ring to tell tales of a bygone era, when the only way to tell if some new piece of hardware was really total shit was to gamble your eight bucks on it and bring the sucker home.

Maybe, in a way, that's what put it into my hands from the bin full of other random junk at the store I found it in, resting gently atop a pile of other failed experiments. I had never seen anything like it before. Nobody could have told me what it was like. "Pick me," it whispered in my ear. "I'll take care of the rest."