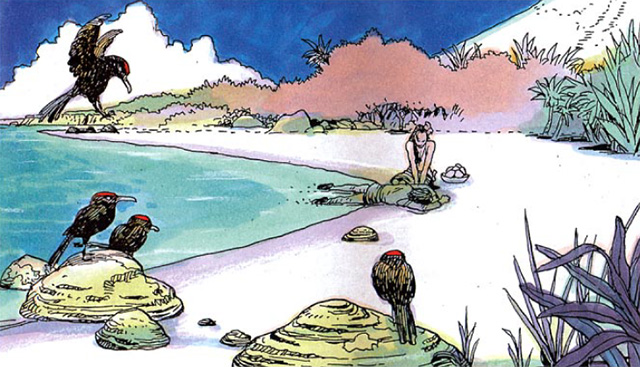 I swear it's coincidence, but N-Sider seems to echo Nintendo's strategies more often than not. Similarities between the 2013 Wii U lineup and our editorial output are easy to make! Ha ha it's because neither of them exist. Oh man.

I'm starting to find that when it comes to hobbies, it's best not to push them. When an enjoyable outlet starts to feel more like a responsibility, it's time to take a step back. Brandon was carrying the site pretty much all by himself for a looong time there, and that's something a person can only keep up for so long. I've been torturing myself mentally for upwards of eight (wow ugh) years now on getting a fresh version of the site put together and launched, and while this interim site was a small victory, it's far from the planned end result.

The site I want to make, and the site we want to write for, changes as we ourselves change. Five years ago it was a labyrinthine and art-filled database to end all databases. These days it's a site that can get out of the way, self-maintain, and fit into our lives when we feel like we need an outlet. People get older, priorities evolve.

With that in mind, N-Sider's officially taking a break. It's not really a huge change considering this is the fourth post in four months, but it's mostly for our own peace of mind. N-Sider is something we want to do, but it's also something that preys on our minds when it feels like promised content has been left lingering. So we're gonna take some time to recharge, and work on these projects on whatever timescale feels good for us.

Hang with us on the freshly reopened-to-registrations [and regrettably now re-closed due to spammers] N-Forums, and look forward to the day when we finally complete incubating some of the sweet ideas we've been sitting on.